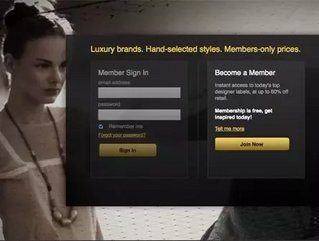 Gilt.com, the innovative online shopping destination, announced recently its plans to expand e-commerce offering to over 90 countries. Gilt.com, a members-only site, pioneered “flash sales” in the United States in 2007, and starting in November consumers all over the world can now access Gilt.com’s daily selection of sought-after designer products—many at insider prices and up to 60 per cent off retail.
Each day at 9 a.m. PDT (shoppers in British Columbia, Canada), 10 a.m. MDT (shoppers in Alberta, Canada), 10 a.m. CST (shoppers in Saskatchewan, Canada) 11 a.m. CDT (shoppers in Manitoba, Canada) 12 p.m. EDT (shoppers in Quebec, Canada) and Ontario, Canada, 1 p.m. ADT (shoppers in New Brunswick, Prince Edward Island, and Nova Scotia), 1:30 p.m. NDT (shoppers in Newfoundland and Labrador), will have access to over 20 brand-specific sales of current season apparel and accessories through Gilt.com’s Women, Men, and Kids categories, as well as decor items through the Home category. Each sale contains a limited amount of inventory and lasts roughly 36 hours. Shoppers have the ability to waitlist any item they want that has sold out. Nearly 50 per cent of merchandise is sold during the first hour of a sale, so members are encouraged to log on to Gilt.com at the start of the sales for the best selection of merchandise. Additionally, Gilt.com is offering free shipping to international customers through November 22nd. Don't miss out!
“We are thrilled to be able to extend Gilt.com to a global audience,” said Kevin Ryan, the Founder and CEO of Gilt Groupe. “We take great pride in putting together a curated selection of designer merchandise each day, allowing our members the ability to shop current season collections at a steep discount to retail prices.”