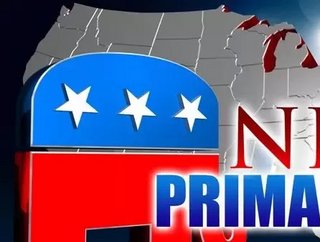 It wasn’t much of a surprise for Romney to win The Granite State. He has spent quite a bit of time there over the past six years campaigning himself. For Romney and his supporters it only meant one step closer for the future of The United States of America, change. After the polls closed, Romney concluded his win with a message directed towards Obama.

“The president has run out of ideas; now he’s running out of excuses,” said Romney. “And tonight, we’re asking the good people of South Carolina to join the citizens of New Hampshire to make 2012 the year that he runs out of time.”

The primary election will continue to make its waves through the country next in South Carolina on Jan. 21st.

With the 2011 politics swinging their way into 2012, the Occupiers of America are standing strong with their values and views. On site at the polls in Manchester, NH Occupy Primary, a group closely related to Occupy Wall Street, rallied their ideas and insisted that the citizens think strongly about what American politics mean.

“I knew Romney would win,” said Keene State College student, Thomas Clancy. “I’m not surprised he won, he’s the richest candidate and he has significant funding behind him.”

“That’s what voting comes down to here, the money.”

Clancy and other Occupiers sent the message Tuesday that “voting is a joke.”

“Did I vote? Of course I voted,” said Clancy. “I voted for Vermin Supreme. He promises everyone a pony if he gets elected.”