RIM Co-CEOs Step Down and COO Thorsten Heins Takes Over 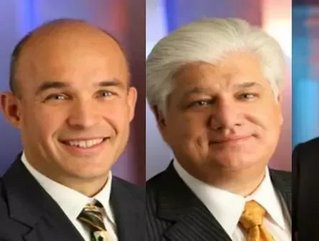 Mike Lazaridis and Jim Balsillie, the Research in Motion Co-CEOs responsible for developing the BlackBerry and turning the company into a force to be reckoned with in the global electronics arena, have decided to step down from their positions on Monday.

“There comes a time in the growth of every successful company when the founders recognize the need to pass the baton to new leadership,” said Lazaridis. “Jim and I went to the board and told them that we thought that time was now.”

Lazaridis will move from Co-Chair to Vice-Chair of RIM’s Board of Directors and said he intends to purchase an additional $50 million in company shares in the open market.

“I agree this is the right time to pass the baton to new leadership and I have complete confidence in Thorsten, the management team and the company,” added Balsillie, who also noted that he will continue supporting RIM as a shareholder and director.

Heins joined the RIM team in 2007 as a senior vice president for the handheld business unit. By 2011, he had become one of the company’s two chief operating officers and was responsible for sales and hardware and software product engineering.

Although his rapid rise through RIM’s ranks was impressive, Heins faces a significant battle in his stated goal to make RIM one of the top three players in the worldwide wireless market.

It’s no secret that RIM could use some serious reviving. The company has lost 75 percent of its stock value in the last year and has had to face service outages, market share losses, software delays, acquisition rumors and disappointing sales performances of ambitious launches like the PlayBook tablet.

“As with any company that has grown as fast as we have, there have been inevitable growing pains,” Heins said. “We have learned from those challenges and, I believe, we have and will become a stronger company as a result. Going forward, we will continue to focus both on short-term and long-term growth, strategic planning, a customer- and market-based product approach and flawless execution.”

Additionally (and importantly), RIM is recruiting a new Chief Marketing Officer who the company hopes will collaborate with product and sales staff “to deliver the most compelling products and services.”