Senate Looks to Pass Marketplace Fairness Act - How Will It Affect Online Shopping? 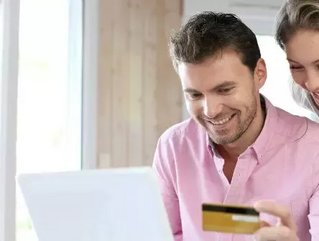 On Monday the Senate will vote on the Marketplace Fairness Act, an internet sales tax bill aimed at taxing out-of-state online retailers. The US Senate has scheduled an early-evening vote and if passed, will overturn a 1992 Supreme Court decision that forbids states from collecting sales taxes from companies that have no physical presence (nexus) in those states.

The Fairness Act would require online retailers to collect sales tax on products sold in states other than the ones in which they have a physical presence. The law would also require any online retailer with a so-called in-state “affiliate,” such as marketers who link the retailer’s site, to collect taxes on purchases. Businesses with less than $1 million in annual revenue would be exempt from the law.

Supporters of the bill say it would enable states to collect sales taxes that already owed and not create a new tax or raise tax rates. Hundreds of trade associates, labor unions and retail organizations support the bill, declaring the ban on state taxes for internet sales hurts “brick and mortar” retailers.

The law would essentially create a centralized tax collection system that proponents say will allow states and cities to receive $23 billion more in revenue each year—taxes which they’re already owed but not collecting.

However, the Fairness Act does have its fair share of opponents. Many of the naysayers are conservatives who see the bill as a tax increase and it would allow states to abuse their tax powers and impose new tax laws.

“Less money in the pockets of people, more money for big governments,” says the Heritage Foundation.

According to Americans for Tax Reform, Grover Norquist’s group, “When a state is crazy and has sales taxes that go too high, people will travel to a different state and buy something, they’ll buy online or through catalogs.”

Norquist goes on to say, “That competition keeps states from being too abusive to citizens in their states. This law, if it were to pass, would allow Alabama politicians to reach into New York and tax New York businesses.”

Depending on the state and tax laws, consumers may end up seeing a significant increase in what they’re used to paying. For example, a $1000 product sent to New Jersey could carry a $70 tax, while a resident in Maine might only pay $50 in sales tax on the same purchase.

As the question rages on whether states should charge out-of-state retailers, a recent national poll from Quinnipiac University shows that 56 percent of voters said they think items and services purchased on the Internet should not be subject to state sales taxes, while just 37 percent said they should be.