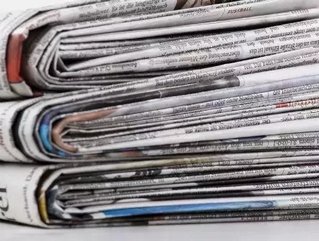 Three publications in Quebec and free daily newspapers in Edmonton, Ottawa and Calgary are the latest in a string of print casualties directly related to the digital revolution.

On Tuesday, Sun Media Copr., and Quebecor subsidiary, announced that it was shutting down urban dailies 24 Hours in Edmonton, Calgary and Ottawa, and eight other publications that will cut 360 jobs in the process.

L’Action Regional in Monteregie, Le Magazine Saint-Lambert and Le Progres de Bellechasse are the operations in Quebec that are also getting the proverbial axe.

The elimination of the publications is expected to save about $55 million a year when combined with operational changes, says the Company.

Julia Tremblay, chief operating officer for Sun Media Corp. says, “In recent years, the print media industry has been going through an unprecedented transformation such as it has never seen before.”

“The management decisions we are making are difficult and highly regrettable, particularly the job cuts. However, the downsizing is necessary to maintain a strong positioning for our news media outlets on all platforms, and more broadly to secure our corporation’s future success in an industry that is being revolutionized by the advent of digital.”