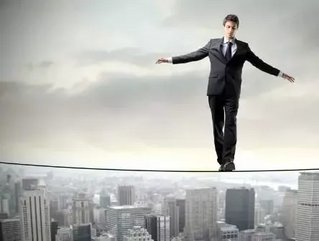 Toronto has been experiencing a real estate renaissance of sorts due to a combination of foreign and domestic investors taking advantage of historically low interest rates have created soaring demand, prices, and construction in the condominium market.

"Everyone is uncertain about what is going to happen in the condo market in the next few years," said Steve Gagro, a senior manager at Laurentian Bank of Canada who specializes in lending to real estate developers said to Reuters.

The similarities to the U.S.’ 2008 housing bubble is causing many in the industry to tread carefully though the majority opinion is that Canada’s market is different and won’t fall.

Canada’s economic stability during the global financial crisis of 2009 and greater protection and policing of mortgage practices are two factors that assure industry players as to the strength of Toronto’s real estate market.

Another asset for Toronto is its diverse and growing population, with 100,000 new immigrants moving in each year that are seeking affordable housing options in apartments and condominiums.

According to a Reuters source, Canada’s banking regulator, the Office of the Superintendent of Financial Services, has been keeping an eye and a voice in Canada’s big banks to monitor the hand-out of loans.

"Over the last little while OSFI has come in and shaken the chain a little bit with respect to condo exposures, so everyone is a little more cognizant of who they are dealing with and how they are structuring the deals," said Laurentian Bank's Gagro. An additional safety net that Gagro noted was the fact that developers must sell 80 percent of a condo’s unit before construction.

"Banks are going to be selective about who they are dealing with ... how deep their pockets are, their ability to respond to financial obligations, a demonstrated track record and being able to bring projects to market," he said.

An additional worry is the rapidly growing gap between new condos and the resale market causing an excess supply in a shrinking resource of buyers.