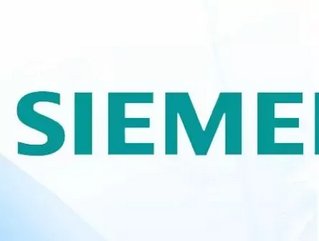 Siemens announced today via a press release that it is finalizing the process to acquire RuggedCom Inc. (TSX: RCM) for a total transaction value of C$382 million. The German engineering company beat out U. S. manufacturer Belden Inc, which said in a statement that it would not raise its bid and plans to look for other opportunities, according to Reuters.

Siemens would be acquiring all of the issued and outstanding common shares of RuggedCom at C$33.00 per common share. This acquisition would improve Siemen’s influence on the North American and Asia-Pacific markets and also improve Siemens' router and switch products according to a statement by Anton Huber, Chief Executive of Siemens Industry Automation division to Reuters.

RuggedCom Inc. is a Canadian company that provides data communications networks systems specifically designed to withstand harsh industrial environments such as smartgrids and refineries. Siemens was attracted to the company due to its niche product of durable Ethernet communication products and network solutions. According to Reuters, Siemens’ offering of industrial Ethernet networking components is currently seeing good growth rates but would like to diversify their market reach as well as develop further product innovations.

“RuggedCom's portfolio would be an ideal addition to our range of industrial Ethernet communication products, improving our industrial-quality router and switch offering. In addition, the acquisition would improve our footprint in the North America and the Asia-Pacific region," said Anton S. Huber, CEO of the Siemens Industry Automation Division. Huber also indicated that all of RuggedCom's and Siemens' product lines would be developed further in the next few years.

So far, Siemens’ takeover bid has been positively received with RuggedCom's Board of Directors who unanimously decided to support and recommend that RuggedCom's shareholders accept the offer. If all goes according to plan, Siemens will take up RuggedCom shares during the second half of March 2012.

Siemens AG(Berlin and Munich) is a global powerhouse in electronics and electrical engineering, operating in the fields of industry, energy and healthcare as well as providing infrastructure solutions, primarily for cities and metropolitan areas. For over 160 years, Siemens has stood for technological excellence, innovation, quality, reliability and internationality. The company is the world's largest provider of environmental technologies. Around 40 percent of its total revenue stems from green products and solutions. In fiscal 2011, which ended on September 30, 2011, revenue from continuing operations totaled €73.5 billion and net income from continuing operations €7.0 billion. At the end of September 2011, Siemens had around 360,000 employees worldwide on the basis of continuing operations

With annual revenues of approximately US$94 million (fiscal 2011) and approximately 360 employees, RuggedCom, headquartered in Concord, Ontario, Canada, is a leading provider of robust, industrial-quality Ethernet communication products and network solutions. These products are used primarily under rough environmental conditions.