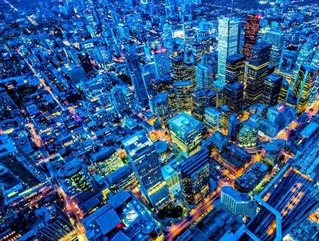 On 4 September, Allied Properties and RioCan REIT announced that an agreement has been reached with e-commerce company Shopify to lease 433,752 square feet of The Well Tower, Toronto
Shopify’s agreement will run for 15 years from 2022. The e-commerce platform is also the principle office tenant of King Portland Centre, Toronto.
Shopify announced plans to expand its HQ in Ottawa in 2017, and opened a new research and development office in Toronto in the same year.
Reporting on the second Toronto building at the time of its opening, TechCrunch commented on Shopify’s clear ambition and deliberate mimicking of Google’s renowned office formula.
“Shopify has intentionally drawn on the example of Google in developing its internal culture, and it shows in its approach to office design, with free catered lunches, in-house activities and plenty of employee-focused events”, it said.
See More:
Whether or not the newly agreed lease will be retrofitted to follow Google’s mode of thinking is up for speculation for now.
The in-development Well Tower has now leased 71% of its available office space, according to MarketWatch.
Development of the Well’s commercial component is split in equal halves between Allied Properties and RioCan, with the former to manage office space while the latter manages retail space upon the project’s completion.
The commercial component of the Well Tower is due to be completed by late 2021, with tenants to move into the building in 2022.
EcommerceRioCanwell towerShopify
Share
Share