Which tech company is leading the driverless car battle? 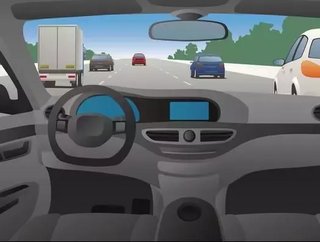 Since 2016, the subject of driverless cars has been picking up speed within the technological sphere, with companies such as Uber, Apple and Google all competing to deliver sophisticated technologies which will enable the creation and development of driverless cars of the future, but also improve road safety. The US has become a hotbed, where San Francisco, Phoenix, Pittsburgh, amongst many more regions, are now enabling autonomous test cars on their streets, with Portland and Sacramento not far behind. Demand for driverless vehicles is high, adding to the increased competition and conflict between tech giants, who all aim to become the first to release this ground-breaking invention.

This year has not been good for Uber, with countless controversies and senior figures walking out of its doors. Uber’s CEO Travis Kalanick is struggling to claw back both his credibility and ability to lead, amongst issues of dissent and conflict between employees and management, sexism claims and hostility towards Uber drivers.

Nonetheless, the company, like many others, are continually working on driverless technology, but even this area has been subject of controversy for the company. Not only has Uber been responsible for a crash in Arizona last month, the company are also subject to an ongoing lawsuit by Waymo, part of Google’s parent company Alphabet. Waymo have stated that a former employee at the company, Anthony Levandowski stole over 10,000 confidential documents detailing Google’s technologies upon departing the company to join Uber.

However, Google is not only suing Uber, but has recently hired Holland & Knight in a new lobbying firm to oversee and revise essential policies regarding driverless vehicles in response to the Trump Administration's review surrounding current guidelines regarding the technology.

Despite their troubles, Uber is continuing with their ongoing work and is hiring an increasing number of engineers to undertake this task. Spokesmen for Uber Craig Ewer confirmed to Quartz, “We’re continuing to recruit the top minds in AI, robotics and engineering as we ramp up our investment in self-driving technology.”

Not content with developing cars, or the world’s first ‘hyperloop’ transportation system, Tesla has been increasingly working to develop driverless vehicles, and undergoing testing on San Francisco and California roads, alongside tech giant Apple. The company has recently launched its v8.1 software update, signifying its progression and ambition to “test drive a fully-autonomous car from Los Angeles to New York” this year, according to Tech Republic. The company is aiming to expand into the Chinese auto market, and has recently gained a significant investor, Tencent Holdings, who has acquired a five percent stake in the company for nearly $2 billion.

However, Tesla is aiming to yet will face increasing competition from companies such as Baidu, who has circulated its driverless car technology, named Apollo, to challenge US competitors and become an essential tool within the development of driverless vehicles. The company’s acquisition of US company xPerception further cements their future ambitions to become a key player in the autonomous vehicle market.

Apple – keeping to the side-line

Named ‘Project Titan,’ it is not surprising that Apple is keeping their progress surrounding driverless vehicles under wraps, but it is rumoured that over a thousand employees are working on Apple’s technologies within this space. A letter from Steve Kenner, Apple’s Director of Product Integrity, stated to the Head of the National Highway Traffic Safety Administration: “The company is investing heavily in the study of machine learning and automation, and is excited about the potential of automated systems in many areas, including transportation.”