Who is Project Loon’s new CEO? 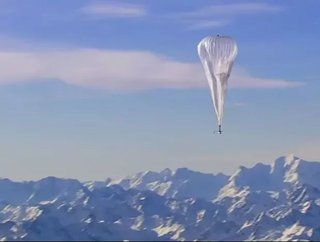 It has been announced that Tom Moore, who joined Project Loon in August 2016 has stepped down from his role as CEO, after six months in post, but will remain on the project for the next few months in an advisory role throughout the company’s transition in leadership.

Under company X, a subsidiary to Alphabet, the company aim to provide internet connectivity to all countries in the world, through a “network of balloons travelling on the edge of space” which will “extend Internet connectivity to people in rural and remote areas worldwide.”  An interesting feat, yet Moore’s departure could cause concern for some with regards to the company’s internal operations.

X’s full statement of Moore’s departure is revealed to Business Insider, at which the company has stated: “Tom Moore has recently decided to step aside from his role as Project Loon lead, and that Alastair Westgarth is now heading up the project. Alastair is a seasoned entrepreneur and telecom industry veteran who brings more than 30 years of experience to the role.

Alastair’s vision for Project Loon aligns with X’s philosophy of approaching huge problems at scale, to improve the lives of millions or billions of people. Tom will remain at X in an advisory role for the next few months and we’re grateful for his contributions.”

"Change is a constant at X, because it's essential for innovation. We’ve found that different phases of moonshot development benefit from different kinds of leadership, and that some individuals enjoy some phases of projects more than others."

Westgarth’s experience as CEO at wireless antennae solutions company Quintel will ensure the projects under X are steered in the right direction, and continue to explore and develop Project Loon since its establishment back in 2013. The company has since partnered with US company, Telefonica SA, New Zealand’s Vodafone, alongside some mobile operators based in Indonesia, according to BizJournal, to explore the venture further.