A woman’s place: designing a culture for gender equality 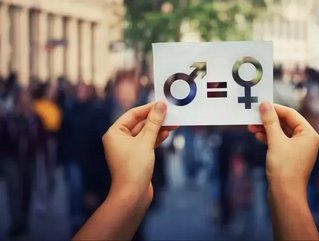 Setting quotas and targets helps get women into your organization, but to keep them there you need to build a culture that will allow them to thrive.

The business case for gender equality in the workforce speaks for itself. Women-led companies perform three times better than the S&P 500. Meanwhile, $12trn dollars could be added to the global GDP by 2025 by advancing gender equality.

So, why does tangible progress still feel so far off? According to the World Economic Forum’s Gender Gap Index, North America is still 165 years away from achieving gender parity.

The majority of leading organizations have declared gender diversity a priority. But the challenge lies in turning beliefs into behavior. When most organizations talk about the imperative of gender parity, they are operating with the assumption that just having women present solves the problem. But until we create cultures that support women in big and small ways, we will continue to witness the glass cliffs and ceilings and lose the value of keeping women at the table.

So how do we turn representation into real participation and inclusion? At co:collective, we believe that culture is built by the actions you take every day. Most organizations claim they support women, but when it comes down organizational behaviors they fall short. To design a culture where women can thrive, we must first understand the barriers:

In one study, female Stanford students who were told before a math test that women did not perform as well as men on the same test consistently performed worse than women who were told gender made no difference. Simply evoking a stereotype impacted performance. Meanwhile, men are more likely to be promoted for potential than performance. Women are often deemed “not ready yet”.

Expectations of what women do outside of work hasn’t changed

According to the UN’s Progress on the Sustainable Development Goals 2019 report: “Women spend 3x as many hours as men each day in unpaid care and domestic work.” Or as Eve Rodsky, author of Fair Play, puts it: “We expect women to work like they don’t have children and raise children as if they don’t work.” We add more, without removing anything. And when women try to draw a line in the sand over what they take on, they are seen as uncollaborative or worse, rude.

To succeed in careers previously dominated by men, women will be up against the deeply held, often subconscious, beliefs about what women can do. Culture reflects that reality back to us. Women in movies and TV are less likely to be depicted as professionals, and female characters with jobs are six times more likely to be secretaries than men are, according to research from the Geena Davis Institute. The result is damaging. A recent article by Melinda Gates pointed me to the insight that by the time children are six years old, they already tend to guess that a story about “a really, really smart person” is about a man, not a woman.

The key decision makers do not represent who they serve

The lack of women at the leadership level in organizations promotes decision making, culture setting and policy design that does not support women. There’s no shortage of women in the workforce - in the US, women make up 52% of management and professional level jobs but only 27% of managerial positions. As long as the primary designers of organizational infrastructures are not representing the diversity of their constituents, we will see stymied progress.

The most challenging piece of solving this puzzle is that, since it’s so socially ingrained, these patterns are repeated by women and men alike. Conventional wisdom says the first step in fixing a problem is recognizing you have a problem. Since we believe that culture is built by all of the actions you take on a daily basis, here’s a set of small but significant things you can do right now to move the needle:

How do you give it value? Easy: Pay for it. Or, have leaders do it. Give volunteers a stipend for that work if it’s not included in their job description. At co:collective, we rotate who pitches in on office housework so it never falls exclusively on one person, and that includes our most senior leaders.

Observe and disrupt the gendered metaphors of your organization

Is she the “office mom?” Do clients just “love” her? Are patterns emerging around women being seen as “less rational” or less “data-driven”?

Help the women in your life draw and maintain their boundaries

First, read Fair Play - it’s a must for both men and women in dual career families. Making the invisible work visible enables partners to discuss what a modern partnership should look like. Second, stop asking. Are you asking a woman to do something because she is more likely to say yes than her male colleague?

I walked through the famous library of Trinity College in Dublin recently and observed that not one of the busts was a woman. The one prominent statue I did see in Dublin was Molly Malone, colloquially known as “the tart with the cart” who has been sexually harassed so many times the bronze has worn off her bosom. It reminded me that New York is only just getting its first female statue in central park in August 2020. Our actions demonstrate what we will and will not tolerate.

There’s progress to be made in making policies equal for both caregivers, but the biggest barrier turns out to be cultural norms. How does your organization treat men who take parental leave?

Invite women into the conversations that matter

Does your board or leadership team have men and women? The sooner you make a concerted effort to change the shape of decision making teams, the sooner you’ll see tangible cultural change take root.

165 years feels daunting. But progress can be made through the small and important actions both men and women take everyday to shift stereotypes, expectations and behaviors that shape culture.