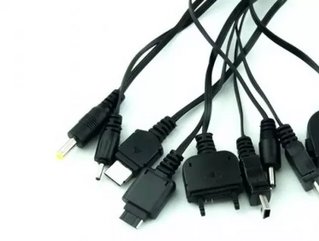 Charging your phone battery is not rocket science but there’s a lot of incorrect information about batteries out there which should be ignored.

You may have considered yourself lucky on several occasions simply because you are living in a smartphone age. There are many who can skip a meal but they can never skip charging their phones. None of your phone’s super capabilities matter a bit if it runs out of juice. No wonder there are a number of popular myths associated with smartphone charging and battery life, some of which are "Don't leave your phone plugged in overnight," "don't use it while it's charging," and "always let the phone’s battery die completely."

Batteries are undoubtedly a critical part of our mobile phones and like everything else there are many little rules for what you can and can't do about smartphone charging.

Phone batteries have evolved so much over the years, becoming smarter and easier to manage. Most lithium-ion batteries, used by major retailers like Samsung and Apple, should last between three and five years, if you take proper care of it.

1. Off-brand chargers are not good for batteries

The truth: Off-brand chargers, while not highly recommended, are okay; instead try avoiding the knockoffs.

Inexpensive, off-brand chargers made by legitimate retailers, such as Belkin and KMS are any day better than the cheap brand knockoff chargers. Lifehacker carried out a detailed experiment in which they compared official chargers with knockoffs and off-brand models.

2. It’s harmful to use your phone while it charges.

The truth: It is actually not, as long as you're not using a shady third-party charger.

There is a are scary belief among individuals believe that using a phone while charging will cause electrocution, or make the phone explode. In July 2013, one such accident occurred with a Chinese flight attendant named Ma Ailun, when she used her iPhone 4 while it was charging.

However, it was later found that Ailun was using a third-party charger, not an original Apple charger.

If your charger and battery are manufacturer-approved, you are safe.

3. You will drain the battery if you charge your phone all night.

The truth: Your phone is not as dumb as you think. If it's fully juiced up, it stops charging which means that the battery isn't even in use at all. Also leaving it plugged when it’s already full can cause degradation.

However, that doesn't mean you should be charging your phone overnight. Wouldn't you stop filling a cup with water if it was already full? To make the battery life last longer, it is recommended that you keep your phone charged between 40 percent and 80 percent.

4. There’s no need to turn your phone off.

The truth: Your phone is a machine, but who said machines don’t require breaks. An Apple Genius suggested that battery life could be maximized, by turning off your phone once in a day especially when you go to bed at night.

If that is not feasible, Apple experts recommend turning your phone off once a week in order to restore battery life.

Android phones are not any different as well. A simple reboot can help preserve battery life.

5. Charge your phone only when you have used up all the battery power.

The truth: battery memory is a thing of the past. It's advisable to charge your phone every day than to do a "deep charge" in one go.

Lithium-ion batteries, like the kind used in Samsung and Apple products perform better when they're charged. In fact, completely discharging a Li-ion battery to 0 percent is bad for it.

A bunch of tiny charges is better than going from 100 down to zero all the time.

In fact, your phone’s battery fares the best if you take it off the charge before it hits 100 percent, so see to it that the battery never goes below 20 percent except in rare circumstances.

6. Keep your iPhone and your iPad chargers separate

The truth: According to Apple, the 12-watt iPad adapter can be useful enough to charge your iPad as well as iPhone.

But, according to Steve Sandler, chief technical officer and founder at electronics analysis company AEi Systems, charging your iPhone with the iPad’s adapter could drain iPhone’s battery.

However, this can happen if this kind of charging is done frequently.

Heat can destroy a battery.

Heat and technology are not the best of friends, and that's no different with phone batteries.

Lithium-ion batteries have a tendency to heat themselves, and get hotter while they're being charged. Your phone’s battery will wear down much faster when it’s hot, regardless of whether it’s being used or just lying around doing nothing.

Avoid storing your phones in very hot places, such as hot cars on summer days.

Cold weather can also have a negative impact on a phone's life; a cold battery will die faster than usual in low temperatures.

Store your devices near room temperature; According to Apple 32 degrees Fahrenheit is the lowest recommended temperature for an iPhone. Samsung, on the other hand, boasts its phones can stand temperatures anywhere between -4 and 122 degrees.

Wireless Charging Could be harmful

Wireless charging is incredibly convenient, but it has its disadvantages. The inductive, wireless chargers out there can generate a decent bit of waste heat which can toast your phone’s battery in the process. Although less convenient, standard plug-in charging is a healthy option for your phone.

Batteries shouldn’t be left in a fully discharged state for very long. The battery wouldn’t discharge all the way to zero very often — but if it does, you should recharge it as soon as possible. If you let the battery discharge completely and leave your phone in a closet for weeks without charging it, the battery may become incapable of holding a charge at all.

If you’re looking to optimize your phone’s battery’s life, you should try to charge it up to 40 per cent to around 80 per cent in one go. Apple recommends you charge the battery till 50% if you intend on storing the device more than six months. This tip applies to both batteries in devices and spare batteries you may have lying around

Almost all new phones are at least semi-charged. According to Android Enthusiasts, Lithium polymer batteries are designed to be juiced at 40 percent of charge, meaning that when you buy a new phone, its battery should be at 40 percent. If it is not, you should get a different one as the battery is now considered aged.