Can fitness trackers compete with the Apple Watch? 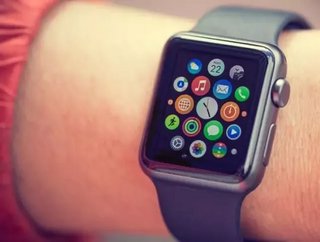 If you haven’t heard already, a Massachusetts teenager has credited the Apple Watch for saving his life after the device alerted him that his heart rate was higher than normal, leading to the diagnosis of a life-threatening condition.

Paul Houle Jr., 18, said he felt back pain after two football practices in one day in the summer heat but didn’t think much of it, according to Huffington Post. Upon returning to his dorm room, however, he checked his heart rate on his new Apple Watch and was immediately alerted to a heart rate of 145 beats per minute—twice the average resting heart rate.

Initially, Houle believed his watch might be broken, but he decided to go to his athletic trainer for a second look.

After being examined by his trainer and the school’s nurse, Houle was taken to the emergency room, where he was diagnosed with rhabdomyolysis—a condition in which muscles release a protein that damages vital organs and causes a rapid heart rate.

“Doctors told me that if I had not said anything and [had] gone to practice the next day, I very easily could have died,” Houle told the Huffington Post.

The Apple Watch is not a medical device and cannot be used to diagnose heart conditions, Dr. Allen Taylor told Yahoo! News, but it could potentially alert people to a health problem that should be evaluated.

RELATED TOPIC: Apple and Samsung remain the top smartphones, but for how much longer?

According to Apple, the watch uses LED lights and light-sensitive photodiodes to detect blood blood flow in the user’s wrist and turns it into a beats-per-minute heart reading. In this case, the Apple Watch’s heart rate readings were “perfectly in sync” with the emergency room’s monitory, Houle said.

The future of fitness trackers

The fitness tracking industry is expected to grow $50 billion by 2018, and cases such as the Apple Watch will only contribute to more individuals monitoring their health.

Fitness trackers are new-generation pedometers that sense motion, sync wirelessly with smartphones, measure the user’s activity and heart rate and so much more. Other conditions that can be detected by fitness trackers with heart rate monitoring capabilities include atrial fibrillation (erratic heartbeats), anemia and an overactive thyroid as this can also cause a faster heart beat.

Health trackers aren’t just for consumers, as Google X recently reported it is designing a health tracker designed just for doctors. The health tracking wristband is intended to be used in clinical trials and drug tests.

Many doctors believe that 50 percent of diseases go from bad to worse because of improper or late diagnosis. Google is hoping to change this statistic however by creating a technology that can extract continuous medical-grade information about the wearer. Doctors can then study and understand recurring patterns of diseases and find the best solution to combat them.

It makes sense that health trackers will only continue to improve and offer more potentially life-saving apps. But at the end of the day, whether it's detecting conditions early or monitoring conditions, there are a lot of advantages to wearables.