Cisco is powering the world’s most connected sporting venues 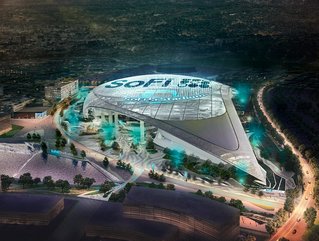 Utilising Wi-Fi 6 technology, Cisco is powering the world’s most connected stadiums – from Real Madrid’s Santiago Bernabeu to SoFi, home of the LA Rams

Real Madrid’s home stadium, Santiago Bernabeu, is on track to become one of Europe’s most connected, and one of the most technologically advanced sporting venues in the world thanks to Cisco.

The networking technology and services provider is deploying the largest Wi-Fi 6 stadium network in Europe to date, outfitting the stadium with end-to-end deployment of its leading enterprise technology, all built on a single, converged, intelligent Cisco network.

This follows the recent outfitting of SoFi Stadium, home to the LA Rams and LA Chargers, with the same technology, the largest Wi-Fi 6 deployment of any sports venue in the world; and comes as McLaren Racing announces it is piloting new and emerging technologies, including Wi-Fi 6E to make it the most connected F1 team in history.

This means the new Santiago Bernabéu Stadium can “take data, voice and video to any point and thus guarantee the widest range of services and an unrivalled spectacle in the world of football”, says Emilio Butragueño, Director of Institutional Relations at Real Madrid C.F.

In fact, stadiums utilising Cisco’s Wi-Fi 6 technology have seen record-breaking levels of data traffic and fan consumption, consistently reaching levels of engagement only previously seen at the largest sporting events in the world.

Cisco first entered the world of sporting venues with its technology in 2019 installing a Wi-Fi 6 network at SoFi Stadium, home of the Los Angeles Rams and Los Angeles Chargers and to the recently-held Super Bowl LVI.

Setting a new standard for the fan experience, SoFi has the largest Wi-Fi 6 deployment of any sports venue in the world.

Thanks to a recently signed multiyear partnership, which builds upon an existing relationship between the two organisations, Real Madrid will leverage not only the full breadth of Cisco solutions – from enterprise networking and security to data centre, digital signage and more – but also its industry-leading expertise in working alongside the largest sporting organizations, leagues, teams, and venues in the world.

On the back of a single, converged Cisco network that is inherently secure, fast, and reliable, Real Madrid will be able to enhance gameday operations as well as provide unmatched, innovative experiences for their fans in the venue and around the world.

“We are thrilled to add a club with such a rich history to Cisco’s global portfolio of sports partnerships,” says Wendy Mars, President, Cisco EMEAR.

Cisco – partnering with sporting venues and organisations for 10 years

For more than a decade, Cisco’s sports and entertainment solutions and expertise have been relied upon by hundreds of industry-leading venues, teams, events, and organisations around the world, including SoFi Stadium, the Olympic and Paralympic Games, City Football Group, Riot Games, the National Football League and many more.

Following Cisco’s support of the Olympic and Paralympic Games London 2012 and Rio 2016, the networking giant is set to provide networking infrastructure, cybersecurity and video conferencing solutions to power the Olympic and Paralympic Games Paris 2024 – securely connecting venues, teams, volunteers and fans in entirely new ways and creating new experiences and value for all.

And just last month, Cisco announced expansion of its existing partnership with McLaren Racing, which has leveraged Webex’s industry-leading suite of cloud-based tools to date, to explore and pilot new and emerging technologies, including Wi-Fi 6E to enable fast and reliable connectivity both on race day and at the team’s headquarters.

The two organisations are working together to push the boundaries of what’s possible “in order to develop the most connected F1 team in history” says Carrie Palin, CMO, Cisco.