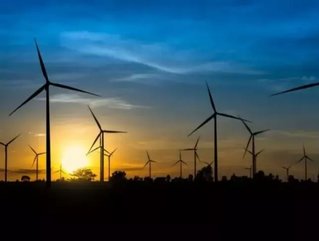 With numerous clean energy efforts starting to take hold in the United States, it is clear that there is a growing interest in producing and procuring energy from renewable sources. But is there discernable action behind this interest? According to the Energy Information Administration (EIA), the answer to this question is a resounding yes.

The EIA released a new report this week detailing wind energy investments over the year 2014. According to this report, 74,000 small wind turbines (generating no more than one MW each) across the United States, Puerto Rico, and the Virgin Islands have contributed to distributed wind power in the country reaching a cumulative capacity of 906 MW or almost one full GW.

The United States’ wind energy supply did not go from zero to nearly a full gigawatt overnight, of course: some states have been ramping up their own efforts to varying degrees over the years. But the EIA’s report indicates that 2014 was a strong year for wind energy growth, with 63.6 MW of distributed wind capacity added on—extra wattage coming from 1,700 wind turbine units installed across 24 states, representing a $170 million investment in wind power.

That’s not all, either. Beyond the simple number of wind turbines that have completed construction in the last year, the EIA report also offered some additional interesting insights including:

This data is invaluable, not only showing that wind power is gaining traction but also showing where in the United States it is picking up speed. The data was compiled by the EIA, the Department of Energy (DOE), and the Pacific Northwest National Laboratory.