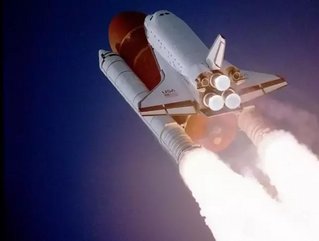 With the news that SpaceX is experiencing difficulties – including its most recent explosion of a Falcon 9 rocket at Cape Canaveral yesterday morning – it’s easy to focus on the failures within this industry. However, the business of spacecraft manufacture and space exploration has developed an incredible rate.

Here are five of America’s most innovative space companies today:

SpaceX – or Space Exploration Technologies Corporation – is famously one of Elon Musk’s many business ventures. Despite its troubles, the 14-year-old company has still made great strides in its sector, working hard on the Falcon 9 and Grasshopper rockets towards Musk’s end goal of a 80,000-person Martian colony.

Boeing is one of NASA’s big competitors. As a world-renowned and experienced company, Boeing has been moving forwards in the background with the development of its CST-100, a seven-person capsule that boasts Apollo as its direct contemporary.

As mentioned on sister site Manufacturing Global, Made in Space aims to take 3D printing into space. It has been officially endorsed by NASA and is working collaborate with the company to develop additive manufacturing in zero gravity. It aims to eventually produce space technology in space.

Sierra Nevada developed the Dream Chaser, its own take on the Space Shuttle. It is designed to fit on top of a standard rocket with two or seven seats, and return to earth via a commercial runway. The vehicle is meant to carry astronauts by 2017.

While XCOR’s two-seater rocket plane, the Lynx, has been repeatedly pushed back, the innovation involved is important to the sector. It includes a piston pump-powered rocket engine which will propel passengers into suborbital altitudes. While there have been hiccups in the vehicle’s launch, the science behind the Lynx would change the aerospace sector if successful.