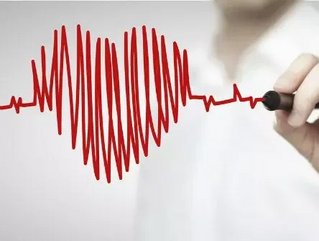 Everyone has done it, lost their hand written sheet of barely legible passwords and had to reset a plethora of passwords resulting in a very frustrating situation. There is hope in the near future.

Security experts have found a way to safe guard your information that can’t be lost, stolen, or forgotten: Your heartbeat.

Usernames and passwords are fast becoming unreliable, and companies are turning toward internal features for authentication.

The newest development is the Nymi wristband currently in development by Canadian firm Bionym.

The hi-tech device monitors the unique pattern of the wearer’s heartbeat, which can be used to wirelessly unlock smartphones, tablets, gaming consoles, and cars. Shockingly, it could even be used to pay for shopping, or act as a replacement for your credit card PIN number in the future.

According to Foteini Agrafioti, co-founder of Bionym, the Nymi identifies people “not just their heart rate, but the actual shape of their heartbeat.”

An individual’s heartbeat is just as unique as a person’s fingerprints and is determined by the hearts, shape, size and position in the chest. Making it just as secure and effective as a fingerprint, however a heartbeat is near impossible to replicate unlike fingerprints that can be reproduced. The wristband is 99 percent accurate.

The CEO of Bionyms, Karl Martin explains that for Nymi to be fooled, a thief would not only have to steal the device but also imitate the owner’s heartbeat.

Exercise and certain medication could impact the reading, although Martin explains that, “the system tolerates regular variation.”

This innovative device can be preordered on September 4 with shipments beginning in early 2014.