HP TouchPad discontinues and sells out 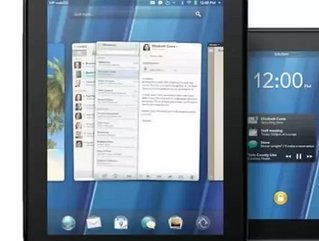 It was announced late last week that the HP TouchPad has been discontinued, along with all of the companies WebOS devices. Coders and developers have put their brains together about just what to do with this device, which never really brought on much hype, and have created the TouchDroid team. The group of developers will attempt to migrate Android onto the TouchPad making for a more popular route to take.

In order to liquidate the products, HP has dropped its prices for the discontinued item ranging from $99 for the 16GB device and $149 for the 32GB version. Since the deep price cut, the TouchPad has been selling out all over the nation. News reports coming out from across the pond have also suggested that there’s been quite the buying frenzy and the tablets are becoming harder to find at retail outlets.

According to CNET, the team will first produce a stable beta using Android Gingerbread and then create a Honeycomb version while still supporting and fixing bugs in the Gingerbread build. Additionally, if Android releases its Ice Cream Sandwich OS, the team will stop developing for the project.

The tablet market has been in a bit of standstill since Apple hasn’t quite made their full public announcement of the next generation version of its iPad. It’s no wonder that its competitors are looking for alternative ways to boost up the morale of their products. There’s just more proof that it takes much more than extra bells and whistles to keep up and even be considered as a competitor up against Apple.