The iPhone 7 – trend-setting or monopolisation? 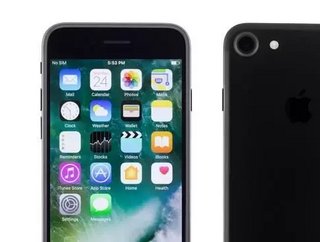 When one buys an iPhone, one is paying for an image - a particular minimalist colour scheme, an iconic symbol, and a certain degree of quality to accompany it. Apple inspires customer loyalty in a way few technology companies are able to, and it has made strides in the world of mobile devices that many competitors have been unable to maintain. But could the increased exclusivity of the iPhone be seen as monopolisation, outshining the company’s genuine achievements?

The release of the iPhone 7 caused controversy regarding the lack of headphone jack. Apple has long manufactured its own headphones for use with the iPod, iPhone, and iPad, instantly recognisable by being vivid white – and when was the last time you saw an Apple fan using anything else?

iPhones are also now the only mobile to have their own brand of charger, which will differ depending on whether your mobile is pre or post-generation 5. While all other brands now use a universal adapter, iPhone sticks staunchly to its bright white cable. The devices are also favoured regarding accessories, with cases and button covers readily available in way that they aren't for the wealth of Android or Windows models.

Apple's decision to take away the jack and offer $159 wireless headphones confirms the exclusivity of its image. Many fans were underwhelmed by the real design compared with the fan-created concept art which featured smaller, neater, and more secure buds than the real things, which have inspired both mockery and apprehension over obvious security issues. Apple has attempted to sweeten the deal by assuring customers they can buy individual AirPods if one is lost, but the expense remains off-putting.

While iPhone customers can still use headphones via some complicated wiring wizardry, this latest evolution does appear to take away the last vestiges of choice. However, this does not necessarily negate the technological advancements – and they truly are advancements – Apple has made. The iPhone brings in half of its revenue for good reason; it has reshaped its industry with features such as the voice-activated personal assistant known as Siri, the fingerprint sensor introduced as of the 5S, and increasingly large screens – all of which have since been replicated by other brands.

While Apple may not have plucked many of its features out of the R&D ether, it has used its expansive talent pool and influence to repurpose and perfect existing ideas, consistently influencing others. Apple did not invent multitouch, but it did bring make the technology prominent and accessible. Nor did it come up with the concept of an app store, the swipe-to-unlock function, or video calling, yet the iPhone is considered the gold standard for all of these things.

While other smartphone companies have emulated some features developed (if not created) by Apple, the iPhone remains unique. Rather than selling and running many models at varying levels of quality and complexity, Apple releases just one at a time and continuously works on it. Updates to both the iOS and the handsets can be irksome, but the iPhone is like a much-loved game franchise for which one has to invest not only in new games, but newer consoles, in order to support the attachment to that brand.

The iPhone is a behemoth which cannot be overcome, and no amount of derisive AirPod memes will make a jot of difference to sales of the iPhone 7. Monopolisation or not, Apple is unstoppable. Perhaps deservedly so.