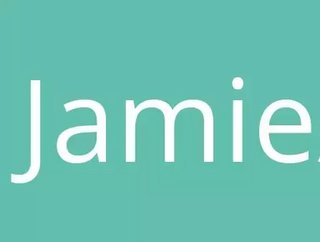 Adrian Ezra, the founder and CEO of JamieAi is out to change the face of an industry that, in his mind, is in dire need of a new approach. Halfway through the interview he stops to say: “Actually I love this story. Let me… It’ll take 30 seconds… A hiring manager at a very large investment bank is approached with a stack of 100 CVs to evaluate. He takes half of the CVs and throws them in the bin. The HR business partner turns to him and says: ‘Why did you do that?’ And he says ‘we don't hire unlucky people.’ That virtual bin does exist. CVs that get sent in don't get read.”

With almost 20 years as CEO of headhunting company Execuzen, Ezra understands better than most the advantages, disadvantages and inefficiencies of the recruitment space. “You look at what you get, and you look at what it costs, and you figure that there's a disconnect. Something is wrong, something has to give.” Business Chief sat down with Ezra to find out how his new passion project, London-based recruitment tech startup JamieAi, is disrupting the recruitment space using a mixture of human expertise and AI-driven automation.

“I've always thought that recruitment as an industry, or human capital as an industry, was ripe for some sort of disruption,” says Ezra. In its current state, the bulk of spending in the recruitment industry goes towards contingency recruitment: companies use multiple recruitment agencies, job boards, job-hunting sites like LinkedIn and Indeed, and internal recruiters to source new employees. “Because recruiters are competing against a whole other range of people, their interest is not finding the right fit for a role, the interest is getting the CV in first,” Ezra explains. “As a result, recruiters don't really engage with a candidate unless they’ve known them for a very long time. They don't have that much knowledge of the individual. You're just sending their CV in because, if you don't, somebody else will. As a result, the industry gets a bad name.”

“You wouldn't want to open a cab company today when you're looking to compete with the likes of Lyft and Uber, but you would still open a recruitment company,” says Ezra. His goal, he explains, for the recruitment sector in five years’ time, is to disrupt and reshape the industry to the same degree that startups like Uber and Lyft have changed the face of ride-sharing. “If I do my job right, and other people like me do their job right, opening a recruitment company would be the equivalent of opening a cab company, and you wouldn't want to do that.”

This is the space into which JamieAi is injecting AI analytics solutions and focused human expertise. “I believe almost all of that process, if done correctly, can be automated,” says Ezra. “I think there are certain parts of recruitment that automation, or artificial intelligence, can definitely take over. There are certain parts of it from which you just can't remove the human element; there are parts of the recruitment process where relationships will continue to be a very important piece of the attraction process. I don't think you replace that. But I think you can replace a very large chunk of what is left, which is the majority of the recruitment process.”

JamieAi’s mission centers around using artificial intelligence to automate the processes of an effective, focused recruiter with extensive and deep knowledge of the applicant’s industry. The behaviour of the platform will be informed by the startup’s current staff of experienced data science recruiters. “Part of JamieAi’s goal is to be the most accurate job matching platform. So, it's all about that filter. How do I find that accuracy for you? If I'm able to be accurate with what I am doing, if instead of working on bulk and instead of working on ease of process, I'm actually going to be able to identify a really good fit consistently.”

Ezra confirms that JamieAi will build its AI platform entirely in-house and the process is still very much under way. “I don't want to give you the impression that we are all singing and dancing AI. AI is not making our decisions today, but the AI is being built alongside the human process,” he says. Although pre-build AI software is cheaper, and would be available faster, Ezra is committed to creating a platform specifically tailored to his company’s needs to ensure maximum accuracy. “You can buy an off-the-shelf stack, but I don't get the point. You kind of defeat the purpose because then you're trying to get the data to fit the line as it were.”

The service, Ezra says, will create efficiencies for employers and job seekers in terms of both time and money. “We believe that what we're building will save significant amounts of time. And it's the time, in addition to the lower fee, that is the real seller for me.” While most traditional recruitment services charge a percentage of a new hire’s annual salary, (recruitment solutions company Top Echelon reported that, in 2016, the average annual salary for a data processing professional was $93,319, which lead to average recruitment fees of over $19,000) JamieAi charges around $1,280 for a single job posting, a significant economy when Ezra takes into account the fact that  “if I put up a job on Indeed, and I reach out to 100 people, my open rate is between 10% and 12%. On my platform, our open rate is 90%.” Of the potential hires matched with open jobs by JamieAi, 80% are selected for interviews.

From the perspective of job-seekers, JamieAi handles applicant data and CVs differently than a traditional recruiter. “We looked at the feedback that we got from our years in recruitment and what people don't like about recruiters, and we said let's turn it around a little bit. As opposed to showing all these CVs to the employers, and in keeping with GDPR, our model works like this,” Ezra explains. “We get a job description, we filter, we take those filtered, and then we send them a message on the app.” Prospective employees then either answer ‘yes’ or ‘no’. JamieAi guarantees that uninterested individuals’ information will not be passed on to the employer, or to other companies. “We do not allow companies to go into our database,” says Ezra. “We try to base the business on a level of trust and transparency with the employee and, as a result, what we have done with almost no marketing at all is attract people to our platform.”

Currently, JamieAi caters to the data professionals’ sector, working with global corporations like Monzo, Barclays, Oracle, CitiBank and Booking.com. “I believe that my best recruiter is always the most focused recruiter. So, if I'm building my AI for accuracy, it has to be accurate in a space, it cannot be too wide,” Ezra maintains. “Once we develop something that we're comfortable in, we will expand.” Once JamieAi’s technology and due process reaches a stage that satisfies Ezra, he says the company has plans to expand rapidly into new careers and regions, starting with other technology professions and expansion into the United States, Germany and India over the course of 2019, picking up a large New York-based multinational client in January. Currently, 8% of JamieAi’s client base is located in the United States, with that number expected to skyrocket over the coming year. “We have a lot of warm relationships with large companies that we believe will support us when we get to the US,” says Ezra. “If we're not in the US by early 2020, we're not doing a great job.”

When asked about the future of JamieAi, an animated Ezra answers that “we're a very young company. We want people to test us; we want people to give us the hard stuff, which is what they do. If they haven't heard of us and they don't know us, they give us the hardest recruitment tasks. They give us the stuff that other people can't do. We've been tested by the big companies, we've been tested by the small companies. We don't shy away from the grind, and we're very happy to mix it up with everybody else. And I believe that what we do will eventually shine.”