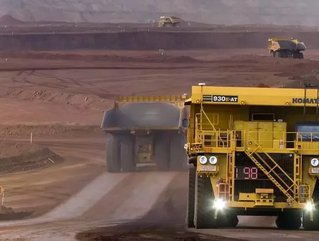 “This industry milestone represents a key step in Komatsu’s exploration of private LTE and highlights Nokia’s role as the leading global supplier of mission-critical solutions and services for the mining industry,” said Luiz Steinberg, Komatsu Global Officer and President/CEO of Modular Mining Systems. “As the leader in autonomous haulage technology, we are firmly on our way to helping the industry move the next billion tons of material with autonomous technology. We have come together with Nokia to further this vision of delivering increased value to the mining industry.”

“We are excited to be engaging the mining automation market with Komatsu, a powerhouse in the industry, to further highlight the benefits of Future X for mining companies as a strategic advantage in their operations,” said Kathrin Buvac, President of Nokia Enterprise. “Private LTE is a key element in the Nokia Bell Labs Future X architecture to help industries such as mining create an intelligent, dynamic, high-performance network that increases the safety, productivity and efficiency of their business.”