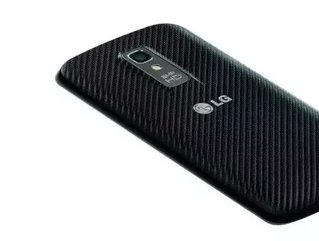 During this year’s International Consumer Electronics Show, we got a private tour of the LG booth and were able to take an up-close and personal look at some of the electronics giant’s newest innovations.

We saw so many amazing LG technologies during our tour that we couldn’t fit them all in one news post, so we broke it down into two parts.

Yesterday, we told you all about LG’s OLED HD TV and EZShare TV. Now here’s a breakdown of the rest of the best things from LG that could be in your hands, living room or lobby by the end of 2012:

The world has been waiting for Google TV and LG finally unveiled it during CES 2012. This Android-based, immersive version of LG’s Smart TV system lets users access the best that Google has to offer, including the Android Marketplace and Google Search, while enjoying LG’s innovative 3D and Smart TV technologies.

The search, social networking and TV functions on Google TV can be run simultaneously and everything can be accessed quickly with the QWERTY-capable LG Magic Remote.

Google TV also allows you to search multiple platforms at once. If you type in the name of a TV show, it will pull up Google web results, YouTube clips and full episodes available to watch through the Android market or other platforms.

In 2012, all LG Smart TVs will come with the Magic Remote, which allows you to control TV the classic way, through gesture and through a touch wheel and you can also operate the search function with your voice.

Another way LG is attempting to break ground in the home entertainment industry is with what it says is believed to be the world’s largest Ultra Definition 3D TV. The 84-inch panel was introduced at CES and heralded for its superior picture quality with a whopping 8 million pixels. That’s four times the resolution of the average Full HD TV, by the way.

“LG is pushing the limits of home entertainment innovation with this 3D UD TV,” said Kwon. “We are bringing together all our Smart TV and 3D knowledge in the 3D UD TV in order to demonstrate to the CES audience that LG is committed to being the world’s leading brand for immersive home entertainment in 2012 and beyond.”

This year, LG is introducing another smartphone with a True High Definition screen and In-Plane Switching (IPS) for true to life, multiple angle display similar to LG’s premium HD TVs.

On December 4, LG released its first phone of this kind—the LG Nitro HD—and soon, customers will be able to get their hands on the Spectrum.

It will be exclusively available on Verizon and is the first smartphone with a 4.5-inch True HD IPS display.

At the booth, we got the opportunity to compare the magnified pixel quality of the IPS display with that of an Android smartphone and the difference is astounding. The True HD IPS uses Real Strip subpixel arrangement to ensure that images are always crisp and clear.

True HD output is touted by LG as “HD in the palm of your hand” and LG says that because the Spectrum supports 1280 x 720 resolution, its display is “one of the brightest and sharpest available on a mobile device.” Even in direct sunlight, the Spectrum’s display is accurate and true-to-life.

As an added bonus, Spectrum users who download ESPN’s ScoreCenter app will be able to view exclusive HD video feed.

Even if you already recently bought a TV or just aren’t keen to replace your current TV with one of LG’s new selections you can still partake in LG’s technologies. The LG 3D Smart TV upgrader connects to any brand TV and gives full or partial access to the platform. For $129.99, you can have the full LG Smart TV platform and for $79.99, you can opt for the smaller version that just allows you to stream video through your existing TV.