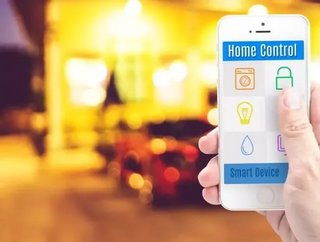 The smart home market holds out the possibility of being a game changer with a world of helpful promises made by HomeKit, Nest, Vivint, Philips and others. But bridging the gap in satisfaction between device and continued use through applications has been rough going. In the new Smart Home 360 report, Argus Insights reveals that there is a strong distinction between consumer perception of the apps associated with the most popular smart home service providers and MSOs, and the apps coming with do it yourself (DIY) devices.

In its analysis, Argus Insights found that from over 56,000 app and device reviews, ADT and Suddenlink are the least liked of MSOs and service providers and their associated apps saw a drop in both the tone and volume of feedback over the last month, an indication that frustrated users could be moving to other providers. However, Vivint’s Sky app, Cox Communications Homelife app, Xfinity Home app and Alarm.com app all trended up, an impact of both new releases and subscriber growth.

While Vivint Sky has slipped slightly in the hearts of users in the past three months, after a drop for AT&T Digital Life and Time Warner, Vivint remains the most loved of the service provider apps consumers use to control their smart home. Xfinity Home made impressive gains after a new version of their app was released at the end of March, addressing customer issues with stability and remote access of camera feeds.

“While some people enjoy the challenge of setting up their own devices, our data shows that delight comes when the consumer is relying on service providers – at least for now – to do all the installations and connecting,” said John Feland, CEO of Argus Insights. “The continued dominance of Vivint, and significant improvements by Xfinity demonstrate the impact of proactively engaging with customers on improving the user experience.”

Additionally, scrutiny of the reviews to understand how consumers are using these apps show a significant difference between Service Providers and DIY experiences. Customers of service providers focus three times more on home security than DIY customers. DIY users have climate control as the top of mind usage. Interestingly, when you take out home security, the relative ranking of smart home uses is largely the same.

“We see smart home adoption being driven by three factors: fear, fun and function.  For service providers, the fear factor drives home security as the key reason for purchase and use,” shared Feland. “DIY consumers blend function and fear, with climate control being typically the gateway smart home experience.”