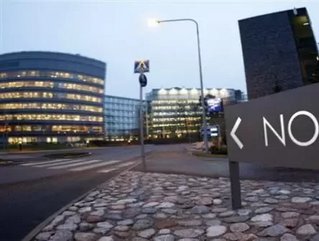 Cellphone maker Nokia has announced that it will cut 10,000 jobs and close some of its plants in an effort to save costs and strengthen its business. Nokia’s overall goal is to save $2 billion by the end of the year, in the hopes that it will become a stronger competitor in an increasingly fierce market.

Nokia CEO Stephen Elop said that the planned job cuts are “a difficult consequence of the intended actions we believe we must take to ensure Nokia’s long-term competitive strength.”

“We are increasing our focus on the products and services that our consumers value most while continuing to invest in the innovation that has always defined Nokia,” he said.

Although it enjoyed a long run as the world’s largest maker of mobile phones after snagging the spot in 1998, earlier this year, Nokia was surpassed by Samsung Electronics. Nokia’s market share has actually been shaky over the past five years, particularly after the company faced high-profile smartphone releases from Apple and other cellphone makers utilizing the Android platform.

Analysts expected Nokia’s outlook to improve when the company teamed up with Microsoft last year to launch a variety of Windows Phone 7 models, including its Lumia line. Unfortunately, the phones were not a big hit and Nokia has yet to confirm whether or not it will have any involvement with the upcoming Windows 8 software.

As a part of its streamlining plan, in addition to selling its Vertu luxury phone brand and making personnel changes, Nokia will focus its efforts on smartphones while offering cheaper phones and expanding its location-based services.

“Nokia’s core is in Finland,” said Elop. “We firmly believe that at the heart of any company, the soul of a company, is something that includes its national identity. We continue to have significant operations in Finland. In fact, two-thirds of our Lumia team is in Finland.”