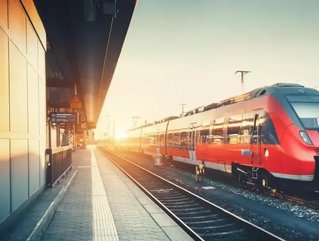 Siemens Canada has secured a contract to build a new fleet of 32 new bi-directional trainsets for VIA Rail Canada. The order has been valued at US$740mn with trainset delivery for testing scheduled for 2021 and passenger serves expected to commence in 2022.

The fleet of trains and carriages will serve the Quebec City - Windsor corridor, the busiest train route operated by VIA. In addition to the order, Siemens has entered into a 15-year contract with VIA to supply spare parts and provide technical assistance, which has been valued separately at $17.4mn.

The new trainsets will be powered by Siemens’ Charger locomotives, which are among the most fuel-efficient diesel-electric engines on the market. The locomotives have a Tier Four emission compliant power unit which is expected to achieve an 80% reduction in carbon emissions for VIA Rail. The new passenger facilities will also increase the number of accommodations for wheelchairs and mobility devices.

"As we are initiating the gradual withdrawal of the current fleet, the timely delivery of the new fleet will allow VIA Rail to maintain the current levels of service in the Québec-City Windsor Corridor, while significantly improving the quality of its passenger experience”, said Yves-Desjardins-Siciliano, President and CEO of VIA Rail Canada. We thank the Government of Canada for their trust in VIA Rail and for this historic investment in its sustainable future."