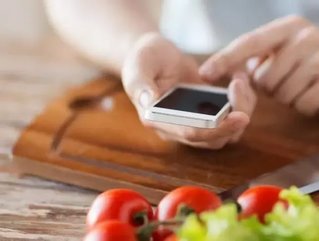 Millions of mobile apps are currently on the market, but some standouts garner a considerably more attention than others. Tinder is one of those—the influential dating app popularized the “swiping” concept and has become a point of inspiration for other up-and-coming developers. Now a new Tinder-inspired app on the market—appropriately named Tender, evoking both its inspiration and a succulent bite—is gaining popularity in its own right for bringing that visual-heavy matching technology to the world of home cooking.

The free app, marketed under the tagline “Tinder for food,” was created by a group of three friends and former College of Charleston students who discussed reasoning behind the project with Boston.com:

“As a twenty-something, we are all constantly combating the impulse to just eat-out or pick something up,” co-founder Jordan Homan tells Boston.com. “But Tender gets you psyched about the prospect of making food, and it makes it easy to do so.”

Available as a free app for both iOS and Android users, Tender works along a similar mechanic to Tinder. Users can browse through image after image of visually appealing food porn, swiping right to save the image (and its accompanying recipe) to a “cookbook” database or swiping left to throw it away and move on to the next one. For choosier eaters, the app also offers filters so that users can hone in on drinks or vegetarian options. (According to reports, the app’s creators are also working on ways to refine the app further by fine-tuning filters and offering relevant nutritional info for recipes.)

Tinder is ubiquitous as both a functional app and a cultural touch point for the single and dating Millennial generation. Tender has made waves by using that cultural reference as a jumping off point for its own true nature—encouraging those same Tinder-using young people to save money and learn valuable cooking skills. From here, the key to Tender’s long lasting success will be in ensuring that the app has enough usefulness and appeal on its own to keep users hooked once the cultural reference novelty wears off.