The top five blockchain startups set to disrupt the US economy 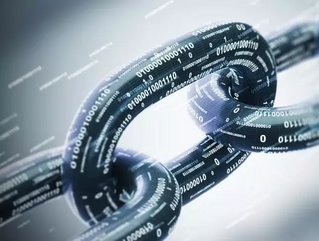 While the digital ledger technology known as blockchain is still in its relative infancy, according to Bernard Marr of Forbes Magazine, its implications for “virtually every industry” are staggering. Microsoft founder Bill Gates has described it as “a technological tour de force”, and John McAfee, founder of the antivirus software company, has said “you can't stop things like Bitcoin. It will be everywhere, and the world will have to readjust. World governments will have to readjust".

Business Chief takes a look at five blockchain startups that may have far-reaching consequences for the global economy, originally published on Invest In Blockchain.

Described by cryptocurrency journalist David Hay as “AirBnB for hard drives”, Siacom is a tech platform that is attempting to use the blockchain ledger to disrupt the information economy. By creating a formula for decentralizing data centers, allowing users “to rent out their disk space”. If successful, Siacom could enable “average people anywhere in the world could enter into the cloud storage race and compete with the likes of Amazon and Google”.

Created as an accountable tech transformation alternative to an expensive legal team, Kleros “is blazing a new trail by creating a protocol for decentralized dispute resolution”. Participating companies secure a contract with Kleros via deposit. If a dispute arises, then the deposit pays for a randomly selected juror service. According to Invest In Bitcoin, “the legal services industry is worth over US$1 trillion worldwide, but the impact of disrupting legal systems could actually be much wider. This is because a standard, international protocol could be established by which partners agree to abide before entering into a partnership, seriously reducing legal costs and uncertainty”.

Swarm is a blockchain startup working to use the technology to create security tokens “that represent real-world assets” to lower the entry requirements for accredited investors. Currently in order to receive this status, investors need either “a net worth in excess of $1mn or an income of $200,000 or more per year”. According to Invest in Blockchain, “creative legal workarounds to dysfunctional or biased regulations are another field in which blockchains are likely to reshape the world economy and patterns of wealth creation”.

Attempting to use the incorruptibility of the blockchain ledger to replace long-standing paper-based record keeping procedures is CargoCoin. By “digitizing the paperwork and providing a platform where suppliers, shippers, and buyers can all interact and exchange value in a secure manner”, this startup plans to lower entry barriers and administrative costs of international trade. “If CargoCoin is able to execute their plan and get the shipping industry on board, it could lead to  a chain reaction setting off a major restructuring of the global economy.”

Designed specifically to address issues of financial inclusion, particularly in countries with little-to-no banking infrastructure, Stellar is a 100% pre-mined cryptocurrency managed by a non-profit. Similarly to for-profit cryptocurrency startup Ripple, Stellar’s focus is on making digital transactions quicker, easier, and more efficient. Stellar’s primary focus is on the African markets, where digital payments “have been in the news for the better part of the last decade, ever since M-Pesa in Kenya took off, making Kenya the world leader in digital payments before most people had ever heard of Bitcoin”.