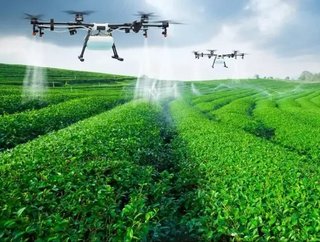 According to Reuters, citing documentation from the US Patents and Trademark Office that was made public last week, leading US retailer Walmart filed six patents on fertilizer drones throughout 2017.

The patents give an indication that Walmart is set to continue to pursue a strategy of bolstering its crop business, with 56% of the company’s revenue already coming from its groceries business.

Reuters reveals that one such drone that Walmart is working to develop looks to carry pollen to successfully pollinate crops, whilst another aims to identify crop damaging pests and dispense insecticides in specifically targeted areas.

Such technology can provide benefits to the environment by precisely applying pesticides as opposed to spraying entire fields.

Further, if successfully developed and deployed, the use of drones will give Walmart a competitive advantage over its rivals including Amazon following its $13.7bn purchase of Whole Foods last year.

Advanced technologies within the farming industry are rapidly evolving, with a recent report from Markets and Markets having revealed that the market for AI in agriculture is expected to reach $2.6bn by 2025, growing at an average rate of 22.5% throughout this period.

Alongside Walmart’s attempts to use smart drones in increasing farming efficiencies, Bosch and Bayer and Telefónica and the UN have also been looking to use new technologies to develop smart faming solutions.