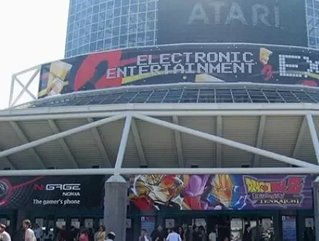 I’m counting down the hours until we drive up to the Los Angeles Convention Center next Monday for E3, the largest computer game trade show that techies are just salivating over. Tickets to the event are few and far between and we’re among the lucky ones with press credentials burning a hole in our back pockets.

Here is some of the press information we’ve gotten on what to expect at this year’s event. It’s product unveilings, software, gaming consoles, accessories, galore.

Nintendo is the big boy on the convention center block and will be unveiling a new generation of the Wii, which we’re hearing is either going to be called Wii 2 or Wii HD. We haven’t received any images of mockups so we can’t wait to be one of the first eyes on the new device. A playable version will be at E3 and we’ll be sure to publish some photos as soon as we get our hands on them.

Sony will, however, not be showing off a new PlayStation system, but will be showing off its Next Generation Portable (NGP). The touch enabled screen and touch pad are some of the bells and whistles. We’ll find out about a release date and price points next week.

Every gaming company imaginable will be at E3 and showing off their latest tricks. Disney notified us about their latest offerings, including Cars 2: The Video Game, LEGO Pirates of the Caribbean: The Video Game, among others. We're getting news on new high tech headphones, movie trailers, and so much more.