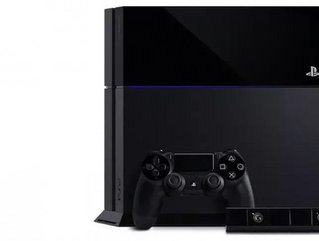 The holiday season is a major time for gaming retailers and 2014 is shaping up to be one of the biggest sales years yet.

No matter what the economy is like around the holidays, consumers always seem to spend top dollar for their favorite games.

With video game vitality in mind, here's a look at how gaming retailers are expected to do this holiday season:

With the holiday season comes a major increase in game sales.

Statistics like these help retailers predict sales for this year's releases and stock their shelves accordingly.

The December edition of Business Review USA is now live! Check it out!

Timing is everything when it comes to the release of new videogames, which is great news for retailers over the holidays.

Most franchises plan their major releases during the holiday season, which creates a buying frenzy.

Between early releases that begin in November to the weeks leading up to Christmas, videogame sales nearly triple during the two-month holiday stretch.

Game sales have a lot to do with console popularity, which is why the more console variety a retailer carries, the more game sales they make.

Whether it's a Wii U, Xbox One, or PlayStation 4, gamers are usually pretty loyal to the console they play.

Major retailers like Walmart know this, which is why the retail giant carries the top three names in gaming consoles: Nintendo, PlayStation, and Xbox. This gives both in-store and online shoppers more gaming variety, which always boosts holiday sales.

Just as gamers are loyal to their consoles, they are also loyal to the game franchises they play. As a result, many gamers put aside a gaming budget that leaves plenty of room for franchise releases during the holidays.

Whether it's a midnight release or a traditional debut, franchise loyalty is becoming a large part of the gaming world.

Games are becoming more of a continuous saga, which creates a real following. Retailers who stay up to date about which games are trending and which franchises are releasing a new edition tend to perform better with holiday sales.

Gamers are all about being the first to get their hands on new products.

Although the massive following of certain franchises seem to create hype on their own, retailers still need to market the videogames they sell.

In-store promotions, especially promotions that are centered on the holidays, tend to increase game sales.

From posting release dates throughout the store to advertising through print and online ads, creating hype around popular games will help increase sales during the holidays and year around.

When it comes to gaming, retailers are expected to unwrap some successful sales this holiday season.

About the Author: Adam Groff is a freelance writer and creator of content. He writes on a variety of topics including retail sales and gaming.