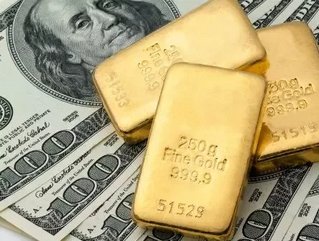 Arizona becomes the second state, after Utah to approve gold and silver as a legal form of tender.

However, gold’s unpredictability in the market may make it hard to use. The price of gold fell 9 per cent on April 15, equating to the largest one-day drop in 30 years. The price of gold is just below $1,400 an ounce, which is the lowest price since March 2011. It is trading below 27 per cent, its September high of $1,920.

“Gold is kind of giving up,” says Michael Haigh, global head of commodities research at Societe Generale. "Gold is a different animal than the rest of the commodities complex, driven primarily by macrodrivers,” and those macro-drivers now are driving gold prices lower.

Arizona State Senator Chester Crandell and sponsor of Senate bill 1439, explains to The Daily Ticker, “People are still buying gold and using it as a commodity and I think they want to use it as actual legal tender instead of the dollar.” The bill will remove a capital gains tax liability related to an increase in the worth of gold. Making gold a legal tender eliminates the commodities tax at a state level.

The bill does not require anyone to recognize gold as currency and because of problems with the local revenue department; Arizona residents will not be able to pay their taxes in bullion.

The Daily Ticker says, “…the bill seems more symbolic than anything-- an exercise of a constitutional right.”

More than a dozen states have legislation in progress to pass a similar laws and it’s alleged that more will follow if the Federal Reserve continues with its current policies under Chairman Ben Bernanke. The buying value of the dollar has diminished significantly.

Scottsdale Bullion & Coin broker Mike Rowlands says, “We know in the situation where we’re at they continue to pump money in and pump money in, which eventually that game is going to end.”

If Governor Jan Brewer signs off on the bill, Arizona residents will be permitted to use gold and silver as legal tender starting in 2014 in the places that will accept it.