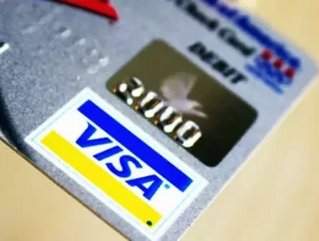 If you haven’t already heard, Bank of America announced last week that it will be charging a new $5 per month debit card fee to all of its existing banking customers beginning January 2012. However, BofA customers who have mortgages, credit cards, investments and other types of accounts may be protected from the controversial new fee.

Whether you use your BofA debit card once or 30 times in one month, the charge will be in full effect. If you don’t use your card at all, you won’t see the fee. At the same time, if you use BofA ATMs to withdraw cash, you won’t see a new charge on your checking account.

The ridiculous fee will surely force customers out of Bank of America and into other financial institutions that haven’t caught on to the nickel and dime scheme. It’s not like this bank needs any more angry customers, especially considering the institution is known for employing bulldozers to rid its list of foreclosed homes.

CNN says that the move to the $5 debit card fee coincidentally runs into a new rule which will limit the revenue banks will be able to receive from merchants. Beginning last weekend, there will be a cap on the amount of fees banks can charge retailers each time a customer swipes their debit cards. Word on the streets is that the maximum fee is now only at 21 cents, compared to the average of 44 cents before the new cap; the bank industry is expected to lose billions of dollars due to the change.

So it all makes sense now. BofA is taking out its aggression from its merchants to its customers. Smart move. We can imagine there will be an influx of new members to competing banks throughout the end of 2011. However, Wells Fargo already said last month that it will test a $3 monthly debit fee to customers in Georgia, Nevada, Oregon, New Mexico and Washington beginning October 14. JPMorgan Chase announced a similar test last year that is still in the works.

My recommendation: Go check out your neighborhood credit union.