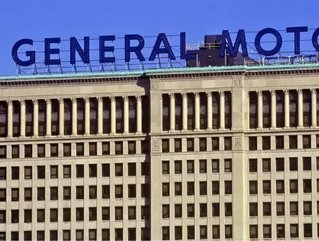 The Canadian government is searching for investment banks to sell its stake in General Motors, according to a person familiar with the issue.

The timing of the sale is yet to be confirmed, according the source who wishes to remain unnamed. Sky News report yesterday that Canada has asked investment banks to provide pitches in the coming days for the sale.

Between the federal and Ontario governments, there are 141 million common shares, valued at $5.3 billion at the current stock price. The shared were received after they joined the U.S. in an unparalleled bailout of the stressed GM and Chrysler Group LLC.  The move was designed to help preserve Canada’s place in the auto manufacturing industry.

Finance Minister Jim Flaherty’s office says Ottawa wants to sell the shares but in a manner, and on a schedule, that reaps the most possible for  federal coffers, according to the Globe and Mail.

“The government of Canada remains committed to exiting from ownership of GM as quickly as feasible, while maximizing the value of the government’s interests for Canadian taxpayers,” says Kathleen Perchaluk, press secretary to Mr. Flaherty.

The sale of GM shares could help tackle the growing budget deficit. By 2015, the goal of the Harper government is return Ottawa to a surplus position.

The Canadian Development Investment Corporation said in a report on its corporate plans from December 2012, that it hired Rothschild Inc. to advise on the GM investment.