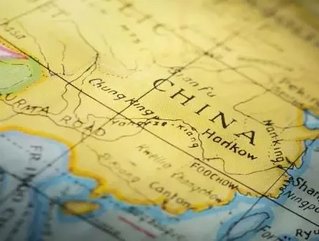 Assuming the world survives the winter solstice of 2012 – when the 3,000-year-old Mayan calendar ends and various astronomical events could occur that some say would fulfill Nostradamus’s prophesies of doom – attention may turn to the year 2015. A number of economists believe that is when the size of China’s economy may surpass that of the United States.

The maths seems straightforward. China’s nominal GDP in 2008 was $3.3 trillion but when adjusted for what some econometric models suggest is the fair value, for the Chinese (purchasing power parity) the value of its GDP is a little more than $8 trillion. At an annual rate of growth of 10 percent, the value of all the goods and services China produces would be worth close to $16.5 trillion in 2015, edging the United States, assuming average growth of two percent (the new normal?) China will then leave the US in the dust, doubling again in the next seven years.

MIRACLES AND THE LAW OF DIMINISHING RETURNS

This general scenario, even if there is some quibbling about the actual date, seems to be widely shared. The triumphalism at the end of the Cold War was dealt a blow by 9/11 and has been further eroded by the current economic and financial crisis. The US is widely thought to be in decline and China viewed as the rising power.

Studying Mandarin might not be a bad idea, but not because this scenario holds any merit. Purchasing power parity is a theoretical construct. The nominal value of emerging market currencies are typically below the value implied by the theoretical construct. It also assumes growth rates that even Chinese officials recognise are not achievable. In the first half of this year the Chinese economy expanded at an annualised rate of seven percent.

Just as importantly, the scenario is based on simple static and linear projections. China’s growth has indeed been impressive and hundreds of millions have been lifted out of abject poverty as a result. However miraculous Chinese growth has been, it has not repealed the laws of economics. It has largely sidestepped the brunt of the economic and financial crisis, but at the cost of bringing forward its own day of reckoning.

DIMINISHING RETURNS: IT'S THE LAW

Investment is a key driver of the Chinese economy, accounting for more than one-quarter of its GDP for years. China has over-invested and proof of this is it is generating smaller returns in terms of growth and jobs. Work by Minxin Pei at the Carnegie Endowment indicates that in the first half of the 1990s, CNY 100 million investment lifted GDP by CNY 66.2 million and created 400,000 jobs. Last year, he estimated the same CNY 100 million would boost GDP by a mere CNY 28.6 million and create 170,000 jobs.

Yet, to prevent a more serious slowdown, China boosted investment to 30 percent in the first half of this year, partly financed by an explosion in bank loans. New bank loans in the first half surpassed last year’s full amount and a rating agency has already warned of the risk of increasing bad loans. Chinese bank loans surged in Q1 09, but all the money did not go to investments. Some appeared to help spark a big equity market rally until August, as lending slowed and officials expressed concerns about the excesses.

As the first decade of the 21st century draws to a close, China remains a very poor country. The absolute size of the economy is not a telling indicator given the gross population differences. GDP per capita in the US is around 15 times larger than China’s (roughly $45,000 to $3,000).

Domestic consumption accounts for a little more than one-third of China’s GDP. Prior to the crisis, it accounted for a little more than two-thirds of the US GDP and in most Western countries exceeds 50 percent. Since the Chinese people are largely responsible for financing their own health care, pensions, unemployment insurance and social security, savings rates are around half of GDP.

This is not a hair-splitting exercise. The scenario of China surpassing the United States is not off by years, but by decades. Begin with a few more reasonable assumptions about average growth rates and it won’t be until the middle of the century before China’s economy is bigger than the US economy. The situation is compounded by demographic trends. Josef Joffe cites figures in a recent essay in Foreign Affairs, that suggest that by 2050, the US working age population will increase by 30 percent, while China’s declines by three percent.

In China, public spending on education has averaged 2-2.5 percent of GDP for the last quarter of a century. The US spends six percent – more than Europe, Japan, India and Russia. Of the world’s top 20 universities, 17 are in the United States. China’s top three universities rank from 200th to 300th place. The US also spends nearly twice as much as China on research and development. Last year, a single US company – IBM – received more patents than all of China.

TOO MUCH OF A GOOD THING

The $2 trillion China has accumulated in its reserves is testimony not to its strength but to its weakness. It has under-developed capital markets and it cannot absorb its own massive savings. Its producers remain addicted to an under-valued currency that is still not convertible. Moreover, the massive loan binge likely postpones the day Chinese officials will open the capital account and exposes the banks’ international competition.

China has enjoyed dramatic but uneven development over the past 30 years and that which initially made it strong, investment and exports, may prove to be its undoing. Additionally, authoritarian governments are brittle. Reports suggest that in 2008 there were 70,000 civil disturbances in China. Given the relative population size, that would equate to 20,000 or a little more than 50 a day, in the US.

Despite the rise of a middle class, the bulk of the Chinese people remain poor. They will likely remain so in 2015, even if some theoretical model shows otherwise.