Delta to order at least 75 CS100 jets, despite duties imposed on Bombardier 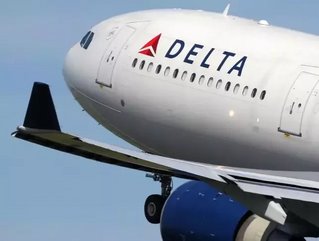 Atlanta-based Delta Air Lines Inc. has revealed that it plans to go ahead with its purchase of Bombardier’s CSeries 100 (CS100) jets, despite the recent 300% duty that the US Department of Commerce placed upon the aerospace manufacturer.

“We will not pay those tariffs and that is very clear,” said Delta CEO Ed Bastian during a conference call this week.

“I can’t tell you how this is going to eventually work out. There may be a delay in us taking the aircraft as we work through the issues with Bombardier, who is being a great partner in this.”

Delta agreed a deal with Bombardier back in 2016, ordering 75 aircraft for a list price of $5.6bn, with the potential for this number to rise to 125.

"We got a great price," Bastian said, speaking to CNBC.

Delta’s ambitions to proceed with the deal will throw a whole different dimension into the ongoing dispute between Bombardier and Boeing, with the US Department of Commerce having ruled in Boeing’s favour that Bombardier dumped its jets into the US market, violating trade laws.

The final ruling on whether the duties will be implemented is set to take place early next year, expected in February.