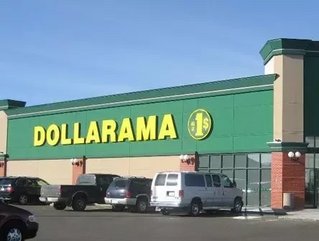 Dollarama announced its Q3 results today revealing an increase in sales through the quarter that ended October, 31st 2011. Opening 10 new stores to equal 38 stores opened throughout 2011, Dollarama has seen a beneficial 2011 so far.

"We once again delivered strong results in the third quarter," said Larry Rossy, Chief Executive Officer of Dollarama. "We are pleased with our continued double-digit growth performance in sales, operating income and net earnings and are particularly happy to see a 5.1% growth in comparable store sales over the third quarter of 2010. As I look back on the third quarter, we maintained our focus on providing great value to our customers, while positioning ourselves to deliver on our growth strategy."

Dollarama also saw an increase in gross margin, up to 37 per cent, compared to 36.2 per cent last year. This result was driven mainly by “improved product margins and a lower shrink provision,” explains Dollarama, although it was offset somewhat by Canada’s higher transportation costs.

A decrease in operating expenses, including general, administrative and store operating expenses, are also why Dollarama had a good third quarter. Declining 19 per cent, the decrease was a result of the continuation of Dollarama’s hard work. This year specifically the decrease is related to labour productivity improvements and the “scaling effects of certain fixed costs over the higher sales volume this year,” explains Dollarama in a press release.

In October 2010, Dollarama announced  its net financial costs totalled $7.3 million. This year, in 2011, Dollarama was able to decrease that number to $3.4 million. This was because of a lower debt level and lower interest rate on Dollarama’s long term debt.