Google changes its structure with creation of parent company Alphabet 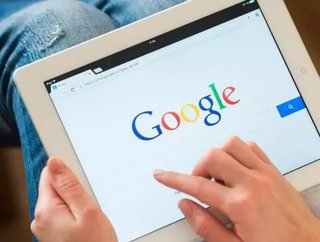 As was initially reported by our sister site Business Review Australia, Google co-founders Larry Page and Sergey Brin announced the creation of a new head company Alphabet Inc. on Monday that will be the parent company of several enterprises including Google, YouTube, Life Sciences and Calico among others.

In this new arrangement, Google will now be run by former Google senior vice president in charge of products, Sundar Pichai. Since October, Pichai has been responsible for the engineering and product of Google’s internet businesses.

RELATED TOPIC: Goldman Sachs sounds out on what Google’s new CFO should do

Although the end result doesn’t involve making Alphabet a consumer brand, the company perceives it as a way for investors to clearly see what Google is doing and how it is performing on the market.

Prior to the change, Google was generating most of the company’s $60 billion in annual revenue. However, a conventional way of doing things has never been Google’s strong suit.

“We’ve long believed that over time companies tend to get comfortable doing the same thing, just making incremental changes,” said Page in a blog post. “But in the technology industry, where revolutionary ideas drive the next big growth areas, you need to be a bit uncomfortable to stay relevant.”

RELATED TOPIC: Google and Sumitomo Electric Industries back science to double the capabilities of fiber optics

The structure revamp was brought on by the company’s mission to revitalize its culture and allow operating divisions more freedom in decision making. As multiple companies will now have the ability to be run as independent entities with individual CEOs, it creates even more insight and visibility for investors.

The company’s structure will be similar to Warren Buffett’s empire Berkshire Hathaway as a giant conglomerate with smaller subsidiary’s underneath. Consumers will now get a better glimpse at what Google is and how it’s performing, which has been a long-time request from Wall Street.

The shakeup will give more insight into how Google invests in its ventures such as driverless cars, health-related technology and high-speed internet service. The move has produced a six percent increase in shares in the stock market in just the first day of trading.

As part of the reorganization, Alphabet will start “segment” reporting of its fourth-quarter financial results. Google will be a completely owned subsidiary of Alphabet, with the share classes remaining GOOGL and GOOG. In addition, Google financials will be taken out separately from the Alphabet businesses.

An exciting new chapter in Google’s existence, the name Alphabet was chosen because it represents a collection of letters that represent language—one of humanity’s best innovations.

The letter “G” stands for Google.