Holiday Antics in the Workplace 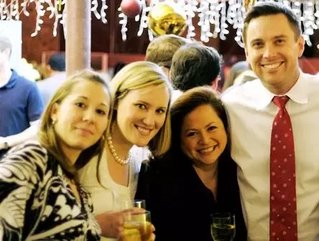 The holidays are filled with parties, gift giving and celebratory cheer. Many employees feel overwhelmed accomplishing all the tasks on their holiday to do list and thus, inevitably, try to finish some while on company time.

National HR Services company, The Curve Group, has revealed that staff are using work time for that all important Christmas shopping. According to The Curve Group’s recent survey, 62% have shopped online at work for Christmas presents and over half have gone shopping on the way back from a meeting. The cost for businesses doesn’t stop there with 76% of respondents admitting to sending their Christmas Cards out via the office post room.

On a lighter note, the Christmas party, meanwhile, is responsible for some very different results - one in five party people have ended up in a relationship with a colleague or their boss following the party, while over a third have taken the next day off sick.

Drunkenness and misbehaviour at the Christmas party appear to be an ongoing trend, with people swimming in hotel fish ponds, falling into Christmas trees in reception and pole dancing with potted plants. Practical jokes are also popular and very inventive, such as filling a colleague’s car heater with the contents of the hole punch and leaving it on full blast, putting make-up on a male colleague that fell asleep and filling the boss’ office – up to the ceiling - with polystyrene chips.

Somewhat sadly, the fashion for photocopying one’s posterior seems to have faded, possibly due to the digital age, with only 3% admitting to that particular prank.

Lyndsey Simpson, Co-owner, The Curve Group, said, “The Christmas party is a key event to draw people together, build morale and in tough business times, celebrate the successes of the year and raise a glass to the New Year…although, we accept no responsibility for copycat pranksters who decide to fill their boss’ offices with polystyrene chips!”

About The Curve Group