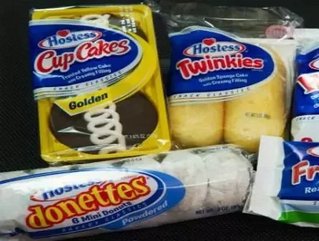 Hostess Brands, Inc, the manufacturer of baked-good classics like Twinkies and Wonder Bread, has sent out letters warning its 18,000-plus employees that they could lose their jobs within the next two months.

According to Hostess, the notices are simply warnings, and not guarantees, that the company will shut down. Hostess is acting in compliance with the federal WARN Act, which requires companies to notify employees 60 days before closing a facility or conducting massive layoffs.

Hostess, a brand in the midst of Chapter 11 bankruptcy reorganization and a contract negotiation with Teamsters and bakery workers unions, says it will work to regain its footing, but “certain events may occur that would require Hostess to sell all or portions of its business and/or wind down its operations and liquidate.”

“The notices were sent to alert employees that a sale or wind down of the company is possible in the future,” said spokesman Erick Halvorson in a statement. “Our goal is still to emerge from bankruptcy as a growing company. There are no immediate actions being taken to sell or wind down the company.”

Specifically, Hostess warned that liquidation and layoffs would happen if the following conditions occur:

·   The board of directors authorizes, or seeks court authorization for, the pursuit of a sale of all or a substantial portion of all of Hostess' asset;

·   The board of directors authorizes, or seeks court authorization for, Hostess to stop pursuing the restructuring of its business;

·   Hostess receives an unsatisfactory resolution to it pending motion before the bankruptcy court regarding certain modifications to its collective bargaining agreements with the Bakers and/or the Teamster;

·   There is a strike, walkout, lockout, slowdown or other work stoppage that is likely to have a material adverse effect on Hostess; or

·   Hostess seeks bankruptcy court approval to commence a sale of property while in bankruptcy which accounts for more that 20 percent of Hostess' consolidated net sales as reported on Hostess' financial statements for the 12-month period preceding Jan. 11, 2012."

This is Hostess Brands’ second bankruptcy filing in the past two years. Last month, Hostess asked the court to throw out all union contracts if its workers wouldn’t accept its final cost-cutting proposal offer.