Mastercard Canada: how we can accelerate the digital economy 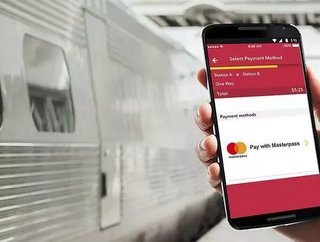 Light bulbs of creativity are flashing around the world as countries get more creative and determined to remove cash from circulation and move to a digital economy. At the same time, those flashes of digital illumination are shining a light on the danger Canada faces of being left behind. While Canada has traditionally been a leader, recent movements by global counterparts are showcasing newer strategies to remove cash and encourage digital payments.

Late last year India, the second largest country in the world, eliminated the 500 and 1,000 rupee notes with the aim of cracking down on the shadow economy. It was a massive undertaking by government.  The immediate cash crunch that followed – crashing ATMs, long lines and pockets of violence – exposed just how large a project the country took on. But of the 15.4 trillion rupees outstanding, 15 trillion have now been banked – dealing a major blow to the underground economy.

Prime Minister Narendra Modi has committed to a nation much less reliant on cash by introducing creative ways to influence consumer behavior: subsidizing digital payments, offering product discounts and waiving taxes on certain low-value transactions when payments are made online. This creativity is being heralded by influential advocates like Bill Gates who called Modi’s demonetization effort the path of the future, predicting that India could become one of the most digitized economies in the world.

The conversation continued last month at the World Economic Forum, with Joseph Stiglitz, the Nobel Prize-winning economist, telling those in Davos that phasing out currency and moving towards a digital economy would, over the long term, have “benefits that outweigh the cost.”

Those benefits are many: a faster-paced and more transparent economy, fewer human accounting errors inside small businesses, recurring e-donations to charities, and an attractive tourism market that allows visitors from abroad to easily move around our country.

Canada had been a shining example in recent years. Pennies were pulled from circulation in 2013 and cheques were eliminated earlier in 2016 at the federal level, including social benefits and employment insurance. But we have not maintained a leader’s pace and scope. The federal government plays a crucial role in removing cash and cheques to generate the widespread change that influences consumer behavior. Compared to more forward-thinking nations like Sweden and South Korea, we’re falling behind.

The Swedish government has long encouraged digital commerce. An early adopter in the 1960s of digital payments for wages, government now sees about 20 per cent fewer notes in circulation due to the adoption of digital currencies. Swish, a peer-to-peer payment app built by collaborating (and competing!) Swedish banks, is largely responsible for the comfort felt by both consumers and merchants.  And rather than wring hands over the booming shared economy and what it may do to traditional business, the Swedes encourage companies like Uber and Airbnb to operate in the country. Government smartly sees that cashless companies proliferating via the shared economy encourage all – from small to big business – to catch up to innovation demanded by consumers.

South Korea boasts one of the highest global percentages of consumers who choose to purchase with electronic payments, according to their government. Creative pilot projects like returning cash on prepaid cards are being introduced by banks, and rewards programs are increasingly competitive, offering Koreans options to save while they spend.

The same creativity in removing cash is not being applied in Canada, evidenced in the slowing of our progress: the conversion rate from cash to electronic forms has plateaued at five per cent per year since 2011, according to Payments Canada.

One way Canada could more easily join world leaders in the digital economy is through growth of contactless payments. Currently 36 percent of transactions are tapped in Canada, but if this rate accelerated it would move consumers further away from relying on cash or even cards, and would further socialize mobile payments. A shift like this requires a more concerted push to change behavior on a mass scale, such as through urban transit. When the UK introduced contactless payment with debit, credit and prepaid at Transport for London (TfL), contactless usage increased across the UK retail sector. In November 2016, 25 percent of all transactions were tapped, marking an increase of 184 per cent year-on-year.

Moving boldly to a cashless society is not without challenges, as we saw in India. Much of India’s issues stem from the country’s developing status and manual processes – not such an issue in Canada. We are fortunate to be one of the most developed nations in the world, with a strong infrastructure and a citizenry that is almost wholly banked and connected to the internet. Projects the size of India’s would surely be smoother.

I often say that Mastercard’s competitors are not the credit or debit networks but rather the bills and coins in circulation. When I look to where Canada is headed, I look to Sweden, a country almost entirely cashless, as a model. I have no doubt we can get there too. When everyday transactions go digital, businesses profit and the average day for Canadians is safer and more efficient. Canada’s future is a digital economy that is connected from coast to coast. We’ll be better for it.

Brian Lang is the President of Mastercard Canada