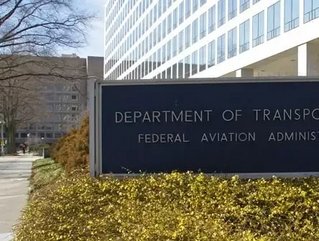 The U.S. Department of Transportation (DOT) is cracking down on sneaky airfare prices. Starting January 26, all air carriers will be required to provide upfront information about fares and include all government taxes and fees in advertised pricing.

The recently adopted regulation is part of an ongoing effort by the DOT to protect consumers from deceptive pricing.

“Consumers have a right to know the full price they will be paying when they buy an airline ticket,” U.S. Transportation Secretary Ray LaHood said. “We will continue to take enforcement action when our airline price advertising rules are violated.”

Current DOT rules state that airfare advertising must include carrier-imposed surcharges, with the exception of government-imposed taxes and fees, and that online ads must directly link to clear information about the types and amount of fees.

The new regulation does not require the inclusion of optional fees, like baggage, food and onboard entertainment but it does insist that all non-optional charges, including fuel and the September 11 security fee are added to advertised airfares.

AirTran Airways was fined $60,000 this week for violating the Department’s already existing rules and federal aviation laws. Advertisements on several websites offered $59 one-way AirTran fares with a note that “additional taxes, fees and exclusions apply” but did not specify what the charges were for. In order to find the information, consumers had to click on the advertisement to be taken to another page on AirTran’s website.

“Consumers were not provided details about the taxes and fees until they scrolled to the bottom of the page where the information appeared in fine print,” said the DOT in a statement.

In November 2011, Southwest Airlines, Spirit Airlines and Allegiant Air fought back against the DOT’s newest regulation by filing a legal challenge with the U.S. Court of Appeals for the District of Columbia. According to court documents, the airlines claim the agency has no way to prove that separating base fares from fees and taxes is “unfair or deceptive conduct.”

However, representatives for both Southwest and Allegiant told the Los Angeles Times that they will play by the rules while they continue to challenge them.