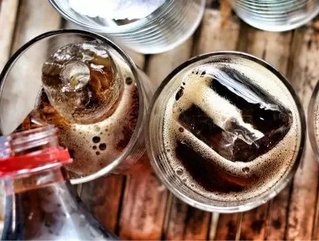 Great news for PepsiCo, as the popular beverage and snacks company reported higher quarterly earnings on Wednesday, thanks to in large part  its successful snack business and massive global reach. The snacks side of the business helped to compensate for sustained declines in the U.S. soda market.

Carbonated beverages make up 40 percent of the company’s drink business in North America, which is down more than 50 percent from a decade ago. This is due to a fundamental shift in the consumer preferences as more and more people are shifting away from high calorie drinks and adopting a healthier lifestyle. Soda sales are declining roughly 3 percent year over year.

CEO Indra Nooyi says, "In the last six to nine months, there has been an accelerated decline in diet drinks as people say they don't even want artificial sweeteners. The diet slowdown has been a little more rapid than we expected.” She goes on to explain that for PepsiCo to continue selling soda, "it's important in the next two to three years we come up with innovations such as a new, more natural, low-calorie sweetener."

Excluding items, earnings were $1.24 per share. On that basis, analysts were expecting $1.17, according to Thomson Reuters I/B/E/S.