Potential effects of a government shutdown 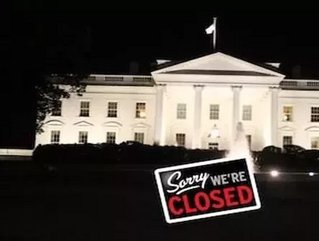 The Obama administration is in advanced stages of preparing for a government shutdown while both parties struggle to decide on a spending package that must be finalized by midnight on Friday. If the Democrats and Republicans can’t settle on a deal, several government operations will come to a screeching halt. Here are some of the potential outcomes if a government shutdown comes to fruition:

• National parks and monuments would be shut down
• Tax refunds would likely be delayed for Americans who mail in their returns, while electronically filed tax returns could be unaffected
• People filing for new Social Security benefits would see delays
• Businesses seeking new permits or loans from the Small Business Administration would see delays
• About 800,000 civilian federal employees would be furloughed and wouldn’t be allowed to work or get paid
• Nonessential federal employees wouldn’t work and will be ordered to turn in their government-issued BlackBerries and cell phones
• Government websites wouldn’t work

Those agencies that wouldn’t be affected include the Federal Reserve, law enforcement, military personnel, other national security departments, air-traffic controllers, and food and drug safety officials, among others. However, these individuals wouldn’t be paid until Congress finalized a deal.

According to the Wall Street Journal, the National Institutes of Health's clinical center would not admit any new patients or initiate any new clinical trials during a shutdown. Federal Housing Administration would stop insuring new loans in the event of a government shutdown.

Staff will be notified no later than Friday whether they will be needed to work next week.