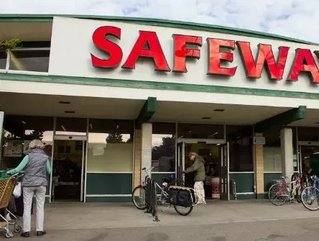 Safeway, a grocery store chain in the U.S., adopted a plan to prevent a takeover of hostile proportions after learning an unnamed investor accumulated a significant amount of its stock

The announcement on Tuesday sent shares higher than they have in five years.

The plan, dubbed a “poison pill” plan allows existing shareholders to buy more stock at a discounted price to discourage a takeover by an outside entity.

Safeway can use this plan if a person or group buys 10 percent or more of the grocers common stock, or 15 percent by an institutional investor.

Safeway, which has about 1,400 locations and also operates Vons says that is has taken a fair amount of strategic initiatives to increase value for shareholders, which includes the $5.7 billion sale of its Canadian unit and IPO of Blackhawk Network, the gift and prepaid card unit.

Safeway is grouped with other traditional grocery stores and is attempting to adapt among fast growing competition from big-box stores like Costco and Sam’s Club and specialty stores that have been expanding their grocery options.

A notable feature of Safeway’s attempt to hold onto customers is the loyalty program. This program offer personalized deals based on the grocery goers past purchases.

By the end of its second fiscal quarter, sales at stores that have been open at least a year rose 1.2 percent. To compare, Safeway's Rival, Kroger has a 3.3 percent increase in sales during the same quarter. Whole Foods, a specialty grocer, saw a 7.5 increase in sales.