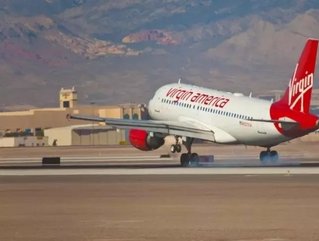 Virgin America has filed for an initial public offering of shares. The California based airline, which operates out of Los Angeles and San Francisco, flies to 22 airports in the U.S. and Mexico and has a fleet of 53 planes.

While Virgin America is known for offering a variety of perks on its jets, including live TV, movies, leather seats and purple mood lighting, it is still a relatively small player in the market.

The airline carried 6.3 million passengers last year, less than one percent of the total passengers that flew on U.S. airlines. And its fleet is a tiny fraction of what larger carriers have. For instance, United Airlines has more than 1,200 aircraft in its fleet.

Virgin America was founded in 2004 but wasn't approved for flying until the summer of 2007. The company has been unprofitable until last year, when it had earnings of $10.1 million. In recent years, the U.S. airline industry has posted record profits, while

Most of Virgin America's executives have worked at larger airlines. CEO and President C. David Cush, who has led the company since 2007, worked at American Airlines for 20 years. Senior Vice President E. Frances Fiorillo came from Canadian Airlines. Others have worked for Continental Airlines and Delta Air Lines.

For the purpose of the filing with the Securities and Exchange Commission, the company said it could raise as much as $115 million, but that number is likely to change.

The company, which has its headquarters in Burlingame, California, did not say when it expects the IPO to happen, how many shares it plans to offer, how much each share will cost or which exchange they will trade on.