Why Amazon are offering same day delivery in Toronto and Vancouver 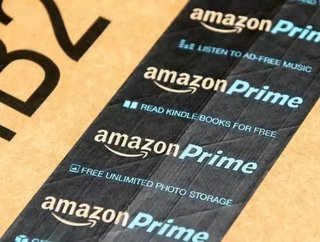 In the lead up to the busy Christmas period, Canada are offering same day delivery in Toronto and Vancouver for its Amazon Prime program.

Prime subscribers (who pay $79 per year for free delivery on items with no minimum order) can claim free same-day delivery on orders above $25 placed in the two cities.

Amazon has already introduced this move in 28 US cities, and by echoing it in Canada they could win the retailer more business as it heads into the busiest shopping period of the year.

“We have been working quite hard to improve the speed of delivery and we got to a point where we are now able to offer that service,” said Alexandre Gagnon, vice-president, Amazon Canada.

“In general, people using e-commerce tend to want to receive those goods as fast as possible. In response to demand we are launching this program.” In other areas of Canada, the prior terms of Prime remain intact.

Not everything Amazon sells is eligible for the same-day delivery. However, Amazon says one million items in the Toronto-area market and 700,000 items are included to customers near Vancouver.

Amazon Prime was launched in the US 2005 to encourage more repeat customers, and was later introduced in 2013 in Canada. The Canada service does not include access to music or Amazon’s streaming video service, unlike in the US.