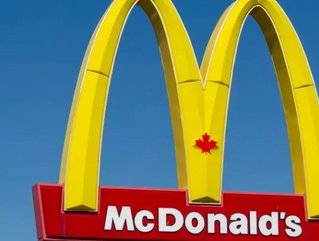 Are you lovin’ it? The famous slogan of struggling fast food giant McDonald’s may not be changing, but their menu will be offering something new—kale! Yes, you read that correctly: the chain that is famously known for their burgers and fries will be adding kale to three of their salads in an attempt to not only become trendier, but to also reinvent their junk food image.

RECENT TOPIC: As banks in Canada decrease pay packages, should CEOs be worried?

Appointed CEO of the company on March 1st, Steve Easterbrook has recently stated that he has visions of turning McDonald’s into a “modern, progressive burger company.” Specifically, some sort of shake up is in order, considering that U.S. locations have been declining for six straight quarters.

As stated, Canadian McDonald’s will feature kale in three salads, including its Caesar, Greek and harvest green. In the US, the kale will appear in a turkey sausage and egg white bowl, which will also offer spinach and bruschetta.  But the real question is: should fast food chain CEOs take note of this change and consider following suit?

RECENT TOPIC: Tips to get through your first year as a business owner

Interestingly enough, fast food chains have already started adding healthier options to their menu. Therefore, if you haven’t already jumped on the bandwagon, it may be time.

Specifically, within the last few months, Subway has introduced chicken strips that are free of artificial preservatives and flavors.  Chick-fil-A has removed high-fructose corn syrup from buns, as well as artificial dyes from its dressing. Carl’s Jr. has even created an “all natural” burger that adds no hormones, antibiotics or steroids.

RECENT TOPIC: Does your phone have the business features offered by Samsung’s Galaxy S6?

Bottom line: healthy food is becoming more popular. Sure, there is still a market for burgers, fries and shakes, but if you want to keep up with common trends and try to get an edge on the competition, then it’s time to start adding healthy options to the menu.

Take a look at our sister site, Food Drink & Franchise to see what they’re saying about the latest movements in fast food.