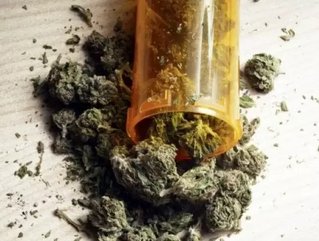 If you currently use medical marijuana for any sort of ailment, then you may need to make sure that what you’re smoking is 100 percent clean. Ironically, three blends of pot that are supposed to help patients could potentially make them sick.

Weed users in British Columbia have been warned about the following blends: Sativa House Blend, Hybrid House Blend and Indica House Blend. According to Health Canada, Tilray, a medical marijuana dispensary, has issued a recall, believing that the blends mentioned above are contaminated with bacteria. Though it’s not an acute health risk, the weed is believed to have been exposed to enterobacter, a common strain of bacteria found in the Enterobacteriaceae family.

RECENT TOPIC: What’s in Your Closet? The Importance of Toronto Fashion Week

Tilray’s chief science officer Joshua Eades states, “We are undergoing a top-to-bottom, rigorous review of our sanitation practices and procedures. And we’ll be doing a root-cause analysis to understand what caused these results.

Though the recall has been put in place, no abnormal reactions have been reported due to the bacteria-tainted marijuana. The law covering the production of medical marijuana states that pot has to be manufactured under the normal and regular medicine standards.

RECENT TOPIC: No Fish for You: Costco Canada’s Fish License Gets Suspended

Though quality control standards are set very high in Canada and every batch of marijuana produced is properly tested (monthly), something must have been overlooked with the aforementioned blends. 90 percent of buyers who have purchased the Sativa House Blend, Hybrid House Blend and Indica House Blend have been contacted and will be given a credit for new weed.