If Family Dollar comes to Canada, should other stores be concerned? 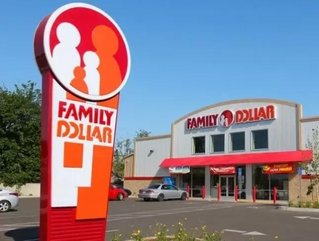 Is the possibility of Family Dollar coming to Canada good news or bad news? This should be the question on every business owner’s mind, as the discount retailer aims to enter the Canadian market.

It should come as no surprise that competition can be fierce. After all, Target Canada filed bankruptcy in 2015, before officially closing all of their stores just a few months later in April. If Family Dollar can learn from Target Canada’s mistakes and flourish, do similar companies like Canadian Tire and Giant Tiger need to be concerned?

RECENT TOPIC: 3 things a CEO should never say to an employee

The future of Family Dollar

A deal in which Dollar Tree Inc. will acquire Family Dollar Stores Inc. is expected to finalize in July. Dollar Tree CEO Bob Sasser recently spoke out about this deal and the future of Family Dollar and the possible expansion into Canada, stating:

“I think Family Dollar would be terrific in Canada. I think the Canadian market would respond very well to another, a value, a multi-price value retailer like Family Dollar.”

As of now, there are currently more than 8,200 Family Dollar stores operating across 46 states. And while it’s been reported that it could take at least three years before the stores officially open in Canada, it’s never too early for the franchise to start thinking about their business model (i.e. looking at other company’s mistakes and how to learn from them).

Learning from other companies

It’s previously been reported that Target Canada faced a few mistakes rather early on during its move into Canada. First, the company expanded too much too quickly. Rather than opening a handful of stores, the company exploded onto the scene in March of 2013. But because of higher product prices and a reduced product selection, the company quickly suffered.

Furthermore,  businesses that are already established in Canada, such as Canadian Tire, are already believed to have obtained the best real estate. The phrase, “Location! Location! Location!” is world-known for a reason. Not to mention, Canadians seem to like the comfort of familiarity; the following saying regarding retail has become quite popular in Canada: “It’s an old boys club.”

Watch out, Family Dollar! The franchise may be planning on making a move into new territories, but they should definitely be mindful of the following: location, product prices and product selection. If they’re not overly careful, the chain stands the chance of following in Target’s footsteps.

As for stores that already have a strong presence in the Canadian market, it doesn’t seem that panicking is in order—yet. In the world of business, a lot can happen in three years. As well, Canadians seem to live with the motto: “stick to what you know.” For the time being, competition doesn’t seem to be an issue.