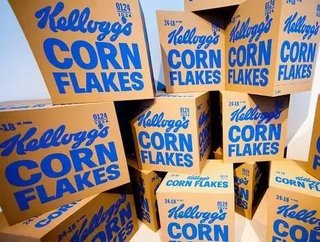 Multinational food company Kellogg's is following major players such as AppNexus, Earthlink, Warby Parker and Novo Nordisk in distancing itself from Breitbart news, removing advertisements as a result of conflicting viewpoints.

The news has recently come to light as a result of new President-elect Donald Trump’s decision to hire Steve Bannon, former chairman of Breitbart news, as one of his top advisers, become Trump’s Chief Strategist and Senior Counselor.

“We regularly work with our media-buying partners to ensure our ads do not appear on sites that aren’t aligned with our values as a company,” said Kris Charles, a spokeswoman for Kellogg's.

“We recently reviewed the list of sites where our ads can be placed and decided to discontinue advertising on Breitbart.com. We are working to remove our ads from that site.”

However, Breitbart has already publicly condemned Kellogg’s decision in a company statement, “Breitbart News Network has built an engaged community of over 45 million loyal readers who are also a powerful consumer group that reflects the values of mainstreet America.

"Kellogg's decision to blacklist one of the largest conservative media outlets in America is economic censorship of mainstream conservative political discourse. That is as un-American as it gets."

Do you think Kellogg's has made the right decision? Let us know your thoughts.